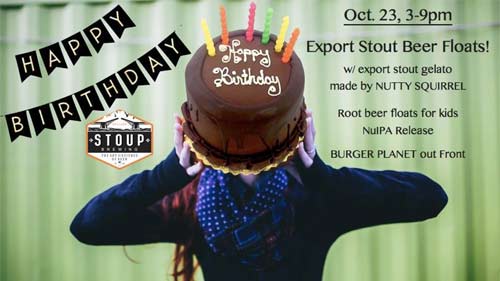 Let me set the scene. A typical evening, just like many other evenings, found me and Kim at a fine, beer-focused watering hole. In this case, Chuck’s Hop Shop in Seattle’s Greenwood neighborhood, where we were hunkered down at the far end of the bar. We struck up a conversation with a guy sitting next to us, as we are wont to do in such circumstances.

Turns out, I knew his business partner, Robyn. It was not at all her obligation to do so, but she failed to tell me that she was actually pulling the trigger on opening a brewery. Apparently it was a secret and I am, after all, the media, but now the cat was out of the bag. Not really. I kept the secret until they were ready to make the announcement a few months later.

That was nearly six years ago. The guy at the bar was Brad Benson. The brewery that he and Robyn Schumacher, along with Brad’s wife Lara Zahaba, would open a few months later was Stoup Brewing in Ballard.

On Tuesday, October 23, Stoup Brewing celebrates its 5th anniversary with a special event at the brewery and taproom in Ballard (3:00 – 5:00). To mark the occasion, they’ll tap into a couple of new brews, Export Stout and NuIPA. 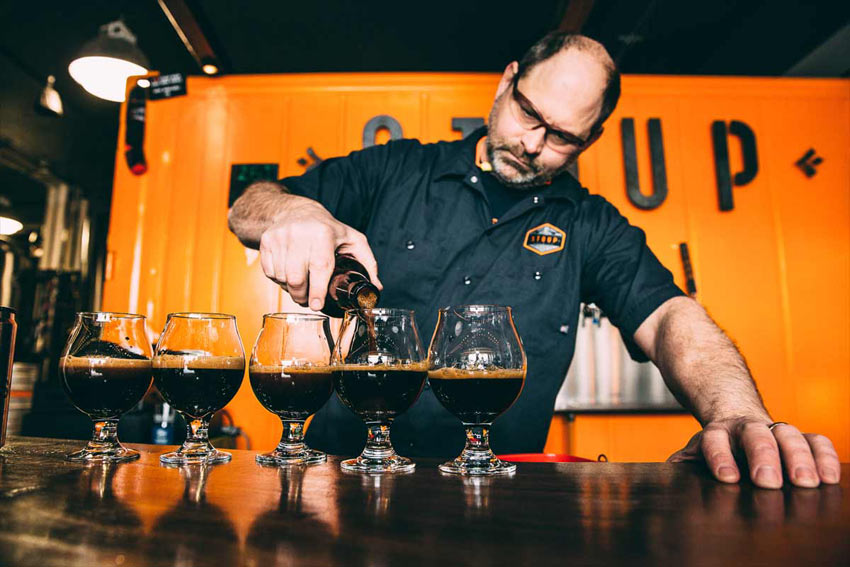 Nutty Squirrel Gelato will offer Export Stout gelato and grownups over 21 can indulge in Export Stout floats for $8. The younger folks will enjoy root beer floats for $4. Burger Planet will be parked out front for additional noshing needs.

“With a flavor profile of dark roasted malt, molasses, and a hint of chocolate, the Export Stout should make a delicious gelato,” said Lara Zahaba.

“It’s been an amazing five years,” said Robyn Schumacher, Brewer. “When we opened we had a porter, IPA, and India Session Ale on tap—now we’ve got up to 21 different beers on tap.”

“We’re on track to have made 80 different types of beer by the end of this year,” said Brad Benson, Head Brewer. “That’s a whole lot of time spent creating beer!” “And loving every minute of it,” adds Zahaba.

Founded in 2013 by Brad Benson, Lara Zahaba, and Robyn Schumacher, Stoup Brewing is a family friendly craft brewery located in Ballard’s Brewery District. Revered for their dedication and innovation to the art and science of making beer, Stoup has a garnered numerous awards and a devoted following. With up to 21 beers on tap, an inviting year round beer garden, private event space, and a rotating selection of food trucks, Stoup is a welcoming destination for the beer enthusiast of every level. Root beer fans welcome too! Stoup opens weekdays at 3pm and weekends at 12pm. To learn more, visit www.stoupbrewing.com.