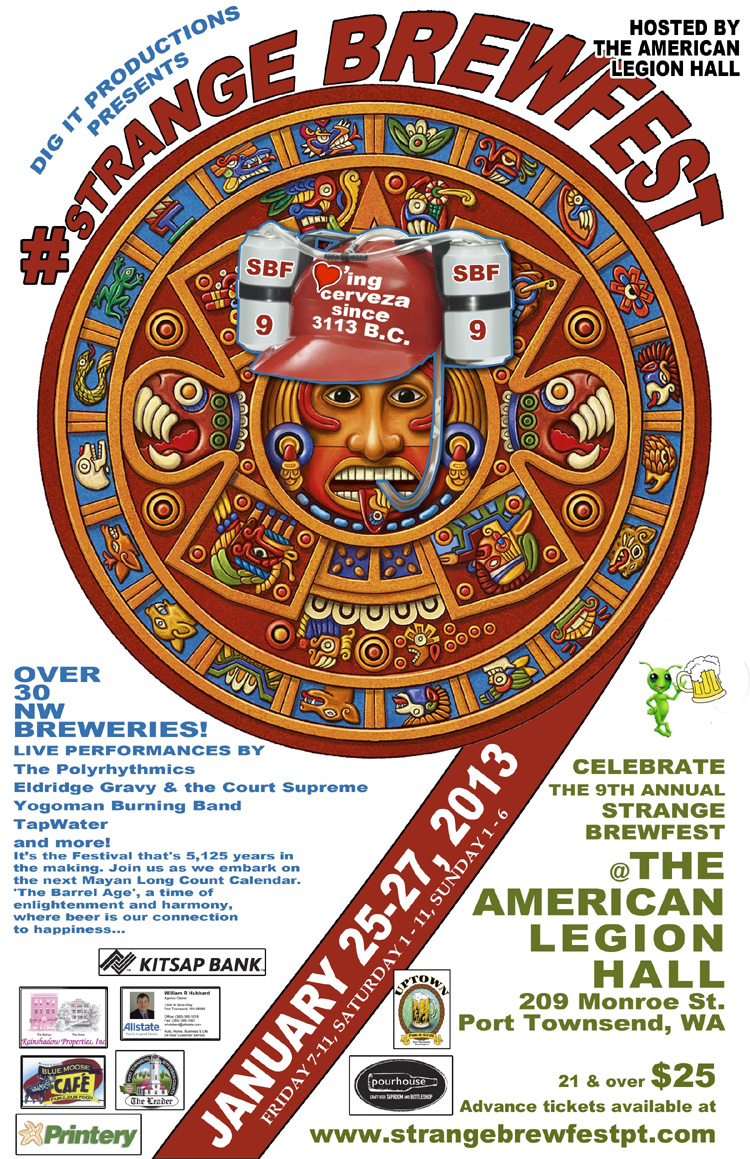 One of the most highly anticipated beer events of the season, Strange Brewfest is now upon us. I encourage you to check out the official website for more details, including the amazing musical lineup.

Here is the list of breweries participating in Strange Brewfest this year:

This is just an early warning. I will share more details about the event in the coming days. For now, know that you need to book a room. The 9th Annual Strange Brewfest takes place in Port Townsend on January 25 -27. It is a crazy good time in one of Washington’s best towns, in my humble opinion. Treat yourself to a carnival of beers that are wildly creative, intense, unique and in many cases just plain strange. In addition to beer, and people in funky costumes drinking it, the musical lineup is always outstanding.

The entire town pretty much sells out for this event. If you are going to spend the night (advised), you need to book your room now. As I said, more details coming soon regarding the participating breweries, the musical lineup and more. For now, get a room.

It is a tradition for us. We don’t talk about this festival, until we have secured our own hotel reservations. Yep. That’s how we roll. For a listing of Port Townsend lodging options, go to http://www.strangebrewfestpt.com/local.htm or use whatever means you regularly used to find and book rooms. 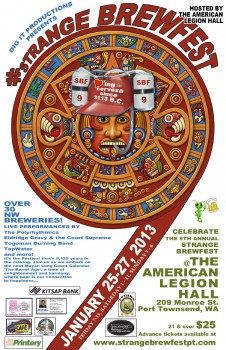