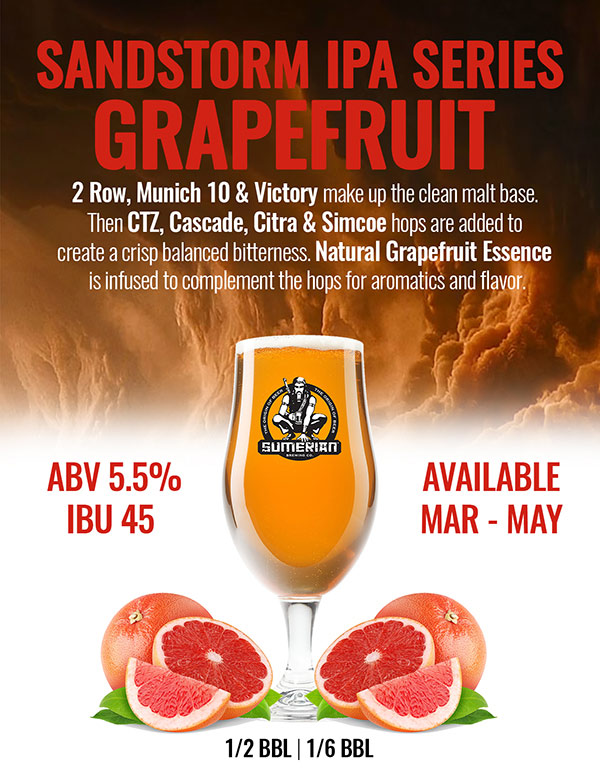 Join us at the special release event to be the first to try this delicious beer. Afterwards it will be out in the marketplace in limited quantities.

Sandstorm Grapefruit Description: 2 Row, Munich 10 & Victory make up the clean malt base. Then CTZ, Cascade, Citra & Simcoe hops are added to create a crisp balanced bitterness. Natural Grapefruit Essence is infused to compliment the hops for aromatics and flavor.