It’s hard to remember what it feels like, that sunny spring day that’s so warm it has you craving a crisp, light lager. We’ll just have to put on our wool socks and sweaters and pretend because this week Two Beers Brewing is releasing their Lima Loca Mexican Lager.

On Tuesday, May 2nd, it’s Taco Tuesday at The  Woods, where you can pair Lima Loca with tacos and other new Mexican-inspired dishes from their onsite restaurant, Bread & Circuses. The Woods will also have special Seattle Cider and beer infusions and cask beers to sample. 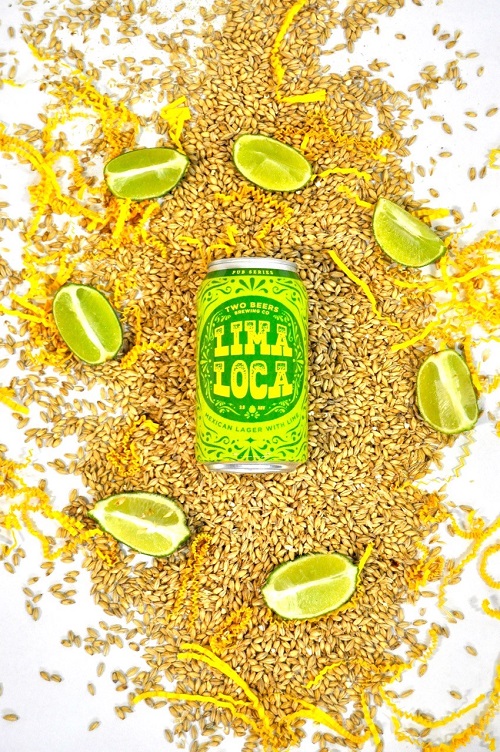 We’ll be there in an extra layer of fleece, pretending it’s summer.

Infused with lime and sunshine, this Mexican-style lager arrives just in time for Cinco de Mayo and summer; 12oz cans and limited edition infusions available only at The Woods

SEATTLE (April 28, 2017) – Say it with us: “Dos cervesas, por favor!” A returning fan favorite from Seattle’s Two Beers Brewing Company. Lima Loca Mexican Lager hits taps at The Woods tasting room and throughout Seattle beginning Tuesday, May 2. Like a day on the beach, this craft Mexican-style lager is infused with lime and sunshine, offering a delightful 3.8 ABV. Easy drinking and refreshing, Lima Loca’s 12oz cans also unveil a new look as part of The Woods’ new “Pub Series”, featuring an ever-changing line of canned beer and cider available only at the tasting room.

“Lima Loca is my go-to beer all summer long,” said Joel VandenBrink, founder and CEO of Two Beers Brewing Co. “With just a hint of lime shining through, it pairs perfectly with sunny patios, outdoor activities or your favorite evening around a barbeque.”

Celebrating with a special Taco Tuesday release party on May 2 from 3-9pm, festivities include Lima Loca flights, featuring the original brew plus three limited-edition infusions: Raspberry Lima, Agave Rosemary Lima Shandy and Coconut Lima. Additional casks, including a Michelada and Jalapeño-infused Basil Mint cider, will also be available throughout the evening. To add to the fun, Taco Tuesday also marks the unveiling of a brand new cantina-themed menu for Bread & Circuses, located within The Woods tasting room. Enjoy a mouth-watering selection of tacos, nachos, tortas, ceviche and more for the perfect Lima Loca pairing.

Six-packs of Lima Loca are available at The Woods now through August. Visit the retail space for all your Two Beers Brewing needs, including cans, kegs, apparel and more.