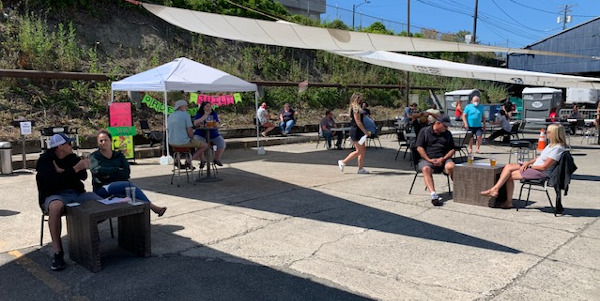 7 Seas Brewing made the announcement last week. At the Tacoma location, the company transformed its large backlot into a beer garden that would pour beers from its own brewery as well as some of the area’s other breweries. The intention is to help itself and its neighbors better weather the COVID storm. Open on the weekends, Friday thru Sunday. Details below. (Photos by Kim Sharpe Jones.) 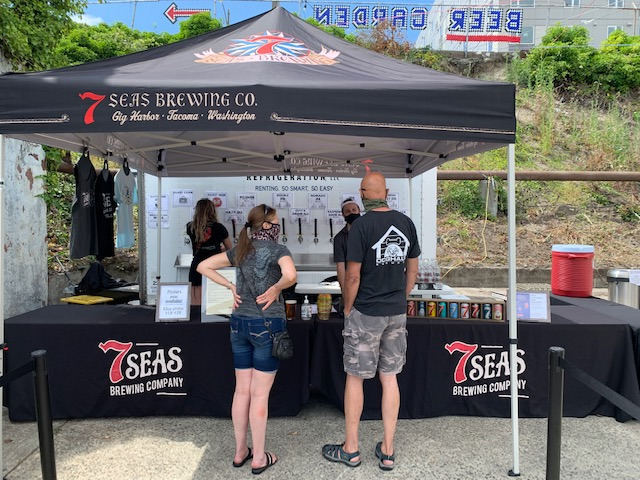 The recently tightened restrictions on bars and taprooms created considerable hardship for a lot of our local breweries, especially those with indoor-only taprooms, as well as those with very limited outdoor seating options. Unless the brewery’s taproom serves food, and I mean really serves food, like a restaurant, then on-premise consumption is restricted to outdoor areas only. It’s more complicated that that, but isn’t everything? This, on top of all the other rules with which we’ve all become familiar: social distancing, party size limit of 5 people per table, masks required when not seated at your table, no bar seating, and so on. 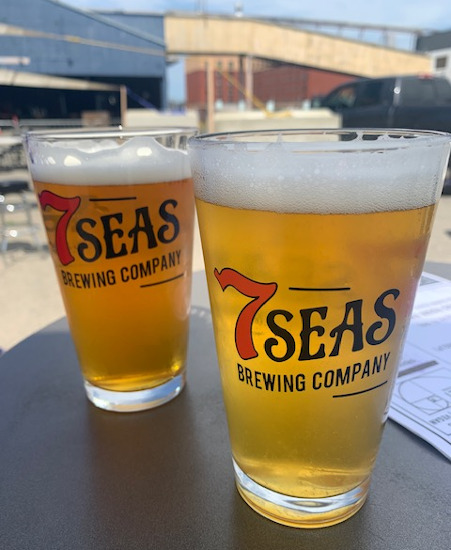 I should mention that 7 Seas Brewing has also expanded outdoor seating at the Gig Harbor location as well, sprawling out into the front parking lot, but back to Tacoma. The folks at 7 Seas Brewing recognized that their Tacoma location had ample unused outdoor space that was available for conversion to a pop-up beer garden. In the large lot to the east of the building, they created the Tacoma Community Beer Garden, an idea that was in the works for some time but was pushed across the finish line in response to recent developments.

Washington’s liquor laws allow a brewery taproom to serve 25 percent guest beers, so that’s what they are doing. In addition to 7 Seas’ own beers, they are featuring a rotating selection of six guest taps from other local breweries. Breweries like Wingman Brewers, Sig Brewing, Black Fleet Brewing, Narrows Brewing, Wet Coast Brewing, and Incline Cider Company. The beers are served from a portable, refrigerated “tap trailer.” Some beers are also available in cans. 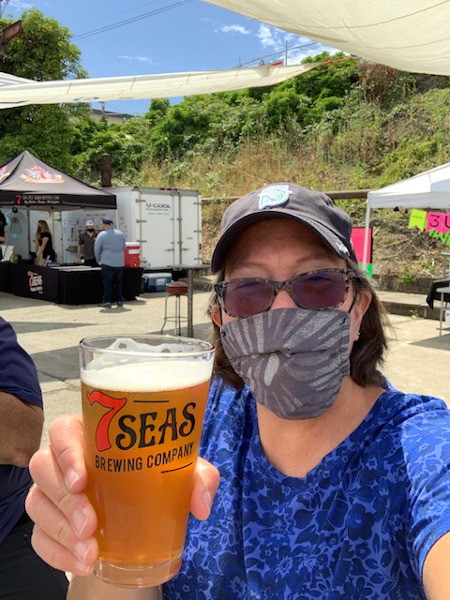 At first blush, and perhaps second blush, the Tacoma Community Beer Garden lacks that certain je ne sais quoi, but once you’re inside the fences and the concrete barriers, it feels much more cozy and comfortable than it looks. Settle into your seat and enjoy some shade from large sails rigged overhead. Notice that they are actual sails, from real sailboats. Utilitarian is the first word that comes to mind. Large, urban, gritty, welcoming, and necessary are some others. 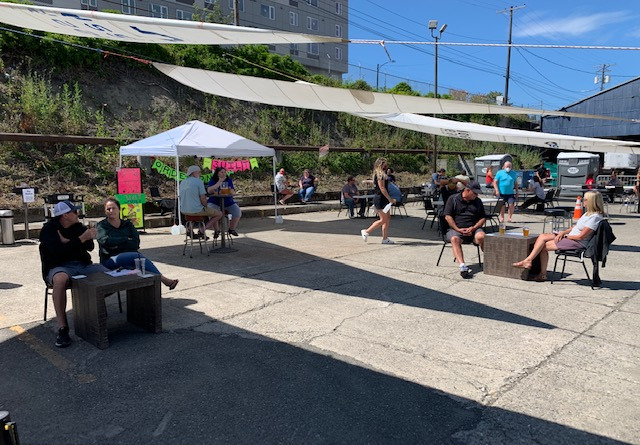 We arrived a couple minutes before they opened on Saturday and were among the first people seated. Within a matter of minutes, the beer garden began to fill up. One really nice feature at the Tacoma Community Beer Garden, it offers a variety of table sizes, so be kind and only occupy a table that suits the size of your party. We happily sat at a table for two. If you’re flying solo, get a single and leave the 5-toppers for the larger groups.

You can order food from 3uilt, the restaurant/catering company that operates at 7 Seas Brewing. You order your food online, with your phone, and they’ll bring it out to you when it’s ready. 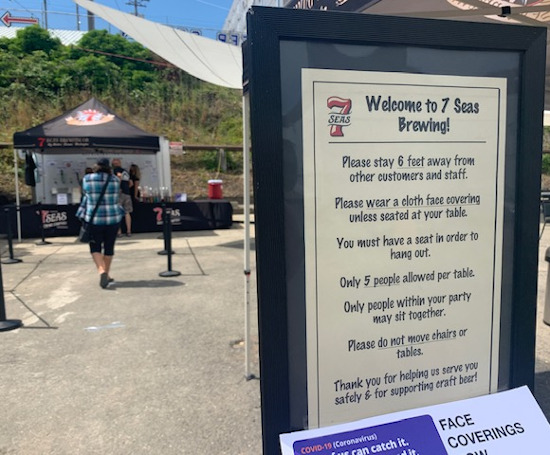 No kids and no dogs. The county has rules. 7 Seas Brewing does not write the rules, they just live by them. And speaking of rules, from our experience the staff at the Tacoma Community Beer Garden is not welcoming any nonsense when it comes to the COVID requirements, though they are being very polite and helpful when it comes to enforcement. We saw them offer a free mask to one patron who seemed to have honestly forgotten to bring one. If you don’t like the rules, that’s fine, just understand that as a business they don’t really have a choice. Don’t be a Karen. Don’t screw it up for them or for the rest of us.

The Tacoma Community Beer Garden is now open Friday thru Sunday from 2:00-9:00.  The beer garden is located behind the building near the corner of 23rd and Hood Street and offers room for up to 100 socially distanced guests.