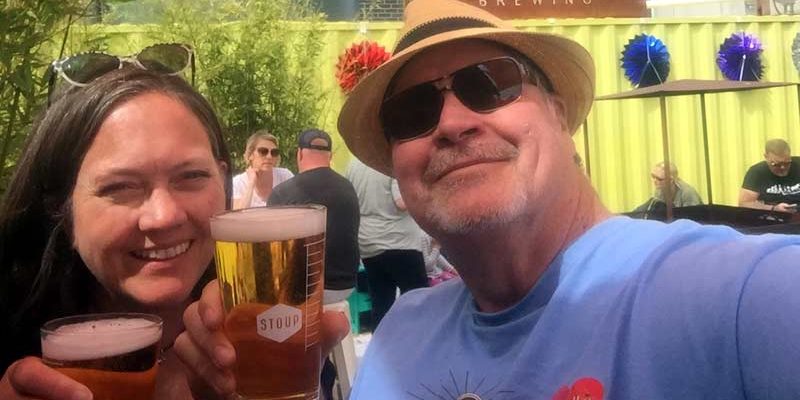 In 2019, nearly 250,000 unique individuals visited the Washington Beer Blog, and they did it 9 million times. Forgive us for not sending each of you a Christmas card. It’s my fault. My wife, Kim, told me to buy stamps, but I forgot. It doesn’t mean we don’t appreciate each and every one of you. Thank you, sincerely, for following along.

Kim and I launched the Washington Beer Blog in October of 2008. Since then, we have published 5,200 stories (posts). That works out to 1.3 stories per day for over 11 years. Although we call it a blog, it’s not really a blog in the traditional sense. The Washington Beer Blog is more like an online newspaper without all the annoying pop-ups and ad walls. In the beginning, we chose the word “blog” and it’s too late to turn back now.

What we do, the service we provide and hope you find valuable, would not be possible without all of our lovely sponsors. Please join me in thanking them! I encourage you to patronize them. If you’re interested in joining their ranks, just email me. People sometimes come up to me at beer festivals and other beer events to thank me personally, and I appreciate that a lot, but it’s really our sponsors who deserve the thanks.

Before I begin our retrospective, I’d like to tell all of you that we value your support and your input. I encourage you to contact us with suggestions. Tell us what you want. We have thick skin and are not afraid of criticism. We are always looking for new ideas.

In 2019, we’ve published nearly 450 posts. Yes, that’s a lot of stories for one year, but it is about average for us over the course of our 11-year history.

Sadly, our most-viewed story in 2019 was not a happy one. in March we reported on the unexpected, sudden passing of Matt Bonney, an icon on the Seattle beer scene. Beer geek supreme, bar manager, bar owner, friend, mentor, husband. People loved Bonney. He is very much missed.

You people are crazy for hops! Last April I posted a story about a new variety of hops: Sabro. It has shown up as one of the most-viewed stories every month since. It was the second most-viewed story of the year.

Our archives are deep and we have very good google juice. The Elephant in the Room, a story I published back in 2012 about dirty draft lines, lives on! It showed up as one of the most-viewed stories of 2019, just as it has every year. There’s not a lot of stuff on the web about this important topic. Google “dirty beer lines” and we’ll be near the top of the page. Sad, really, because this is a really important topic.

It’s hard to tell anyone that lives around Seattle this, but not all traffic is bad. People sometimes ask how many hits we get on the blog. That’s a tricky question because in geek speak “hits” doesn’t mean what you think it means. There are many ways to measure web traffic, but I like to look at the number of unique visitors and the number of page views. “Hits” is less meaningful.

So far in 2019, we’ve enjoyed the company of 249,648 unique visitors (as of the moment I write this). Each one of you is better looking and more intelligent than the next. Each unique visitor viewed an average of 36 pages (stories). That works out to nearly 9 million “hits” in 2019. I am happy to share more info about how we track our traffic, but it’s horribly boring so I’ll skip it. Email me if you want to know the details.

If those numbers are impressive, it is due to your thirst for information and your interest in beer. We have never sought to inflate our numbers by attracting fake traffic: we only target you, the beer lovers of the world. No shenanigans, no clickbait promises of Emma Stone nude, just beer. If you folks didn’t love beer so much, those numbers would be a lot different. Thank you for your passion.

What will be the big news next year? What trends will emerge? Stay tuned to the Washington Beer Blog to find out. Again, with all sincerity, thank you for following along and thank you to the sponsors who make it possible to do what we do.

Cheers to a new year in beer!