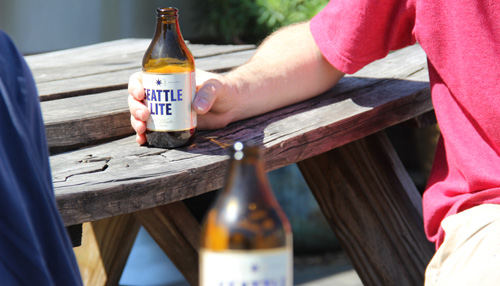 Seattle Lite Brewing, working in conjunction with Lowercase Brewing, is introducing Seattle Lite beer. The new light lager is set to debut on May 25th and will be sold in 11-ounce “stubby” bottles, paying homage to Rainier Beer’s storied past. Seattle Lite Lager will be available around the Seattle area. 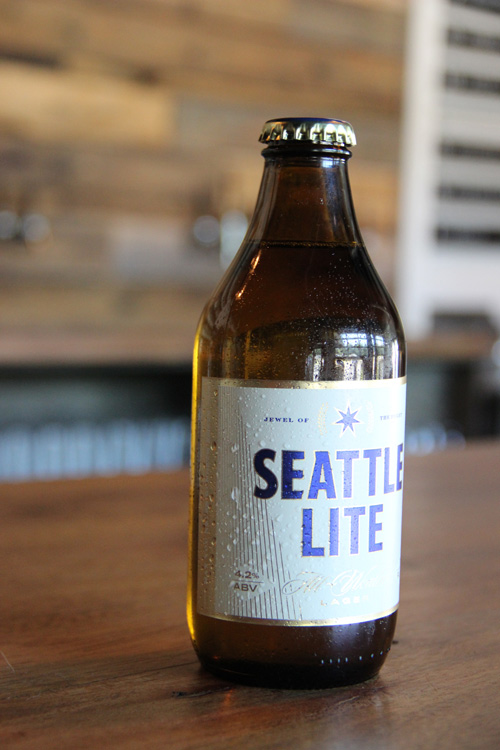 For you young ‘uns, Rainer Beer was brewed in Seattle from 1878 until Prohibition. Following Prohibition, it was brewed in Seattle until the brewery on Airport Way closed in the late 90s. For many of those years, Rainier Beer was available in stubby bottles. Don’t be confused: this is a craft beer and is not a mass-produced megabrew. A lot of thought when into the formulation of this light, refreshing lager. Among other things, Seattle Lite is brewed using locally grown barley from Skagit Valley Malting. The beer is brewed by Lowercase Brewing for Seattle Lite Brewing, which is a separate company.

Here’s the press release with the full story:

SEATTLE–May 16, 2019– Seattle Lite Brewing is launching a Pacific Northwest-brewed light beer to bring the next generation of beer-drinkers a new hometown lager. Seattle Lite will be sold in 11-ounce “stubby” bottles and available for purchase beginning May 25, 2019 in select bars throughout the Seattle-area.

Lowercase Brewing founder Chris Smith and Seattle Lite Brewing co-owners Dan Martinez and Seiky Huerta are the Seattleites behind this new venture. Together they set out to create an unfiltered, light lager that pays homage to the Rainier legacy but is brewed here in Seattle—making it a true hometown beer. Seattle Lite is brewed at Lowercase Brewing in South Park.

“We’re offering Seattle a crisp, easy-drinking lager that’s truly a reflection of the people making it and the place it’s made. We kept it low-alcohol to make this an accessible beer for all Seattleites and all Pacific Northwest occasions like camping and floating, happy hours and gamedays.

Great attention and detail went into selecting the ingredients for Seattle Lite, including local barley from the Skagit Valley, offering beer-drinkers a chance to partake in a beverage that’s thoughtful, honest and unique to Seattle,” says Smith.

The idea for Seattle Lite beer came when Martinez, Huerta and Smith were discussing the long history of beer in Seattle and what the future might bring for the industry, particularly for lighter beers. Martinez and Huerta, longtime light-beer fans, opened Seattle Lite Brewing in May 2018 in Seattle’s South Park neighborhood with a taproom that specializes in low-alcohol “session” beers including lagers, IPAs and pale ales.