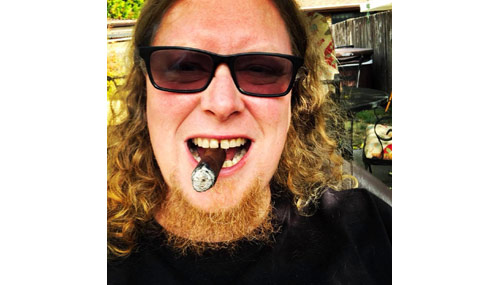 On Saturday, March 23rd the beer world was shocked to learn of the unexpected and untimely passing of a legend. Matt Bonney was the owner/operator of Toronado Seattle, one of the city’s best beer-focused bars. Matt celebrated his 45th birthday this past January.

A native of Wisconsin, Matt Bonney earned his well-deserved reputation in the beer world by working with three stalwart Seattle beer institutions: Bottleworks, Brouwer’s Cafe, and Burgundian. Over the course of 15 years, he literally helped build those businesses and their reputations.

In 2014, Matt Bonney opened his own beer institution, Toronado Seattle, which is located on NEV65th Street in the Roosevelt neighborhood. Matt Bonney’s reputation is not limited to the Seattle beer scene: he has friends and beer associates across the nation who will fondly remember and dearly miss him. Personally, I wish I’d known him better. Though we shared many beers and many cheers, I wish we could share many more. I will remember him for his larger-than-life personality, his ever-present smile, and his massive contribution to the world of craft beer here in Seattle and beyond.

At this time the circumstances of his passing are unclear. “He just didn’t wake up Saturday morning,” is what one of his good friends told me. Our sincerest condolences go out to his family, his friends, and especially his wife, Lynn.

Follow Up - more info about the Ballast Point Brewing deal and Kings & Convicts
Today, support the craft beer industry with a "Day of Action"
Two easy ways to give the gift of beer this year