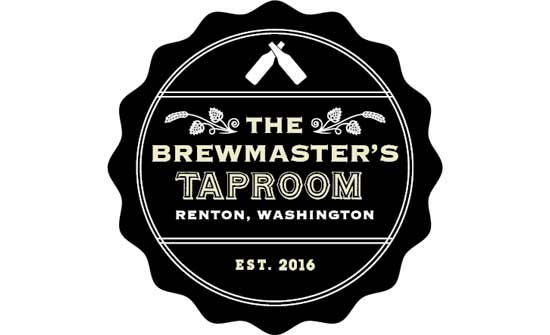 The Brewmaster’s Taproom opened in Renton last August and hit the ground running. Over the course of just a few months, the beer bar and bottleshop has earned a place in the hearts of beer-loving Rentonians, proving that the community sorely needed another good beer joint. But that’s not the whole story. It didn’t take long for Marley Rall, who owns The Brewmaster’s Taproom, to see that her business is a valuable part of the community in a different way.

“I am quickly learning that our taproom is becoming a strong voice in the Renton area for our community,” says Marley. “I am trying to do an event every month—a fundraiser to show the community their support matters. I’m really hoping to turn our Taproom into a place that encourages people to support our community. ”

Founders KBS Release Party – Tuesday, April 18. It’s not unusual that they’re having a party to celebrate the arrival of Founders Brewing’s KBS. They are not the only ones around Washington doing that. Not long ago Founders Brewing began distributing beer to Washington. Now, with the annual release of Founders’ much-loved Kentucky Breakfast Stout (the bourbon-barrel version of their Breakfast Stout) on the near horizon, local beer lovers around Washington are understandably excited.

What makes the event at The Brewmaster’s Taproom a bit different, their KBS release party is a fundraiser for Washington Wild, a local environmental activism group that works to protect Washington’s water sources and wilderness areas.

The KBS release event takes place on April 13th. They’ll sell raffle tickets (100 percent of the ticket sales go to Washington Wild) for a chance to win a growler of KBS, as well as donating $1 from every flight to Washington Wild.

BBQ Benefit for Rez Dog Rescue – Sunday, May 7th. During Seattle Beer Week, The Brewmaster’s Taproom will host a BBQ party to benefit Rez Dog Rescue, a non-profit pet rescue organization that primarily focuses on rescuing dogs within the borders of the Yakima Indian Reservation.

“We’re going to have some friends smoke some meat up and we’re going to do BBQ plates with a pint of Seattle Beer Week beer,” explains Marley. “We’ll donate $5 from each plate to Rez Dog.”

About Rez Dog: Rez Dog Rescue is a non-profit Pet Rescue Organization that focuses its rescue missions predominantly within the borders of the Yakama Nation Indian Reservation, as there is a great need. However, Rez Dog Rescue will go anywhere within Yakima County when there is a pet in need. Rez Dog Rescue’s overall mission is dedicated to rescuing abused, injured and unwanted dogs and cats in an effort to give them a 2nd chance in life and find them loving forever homes.