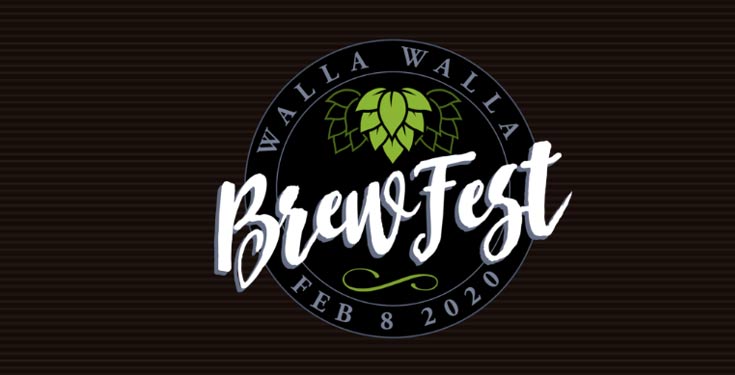 The Walla Walla BrewFest is not your typical beer event. It takes place at 15 different venues, featuring beers and ciders from 25 Washington and Oregon producers. Festivalgoers will not be drinking in the streets but will move from venue to venue. Various downtown businesses are participating, from bike shops and bakeries to boutiques and coffee shops.

The brewery lineup (see below) includes a number of Eastern Washington breweries, many of which do not ship a lot of beer west of the Cascades. It’ll be February in Walla Walla, and you will be strolling from venue to venue, so dress appropriately.

(One beer-fueled event at multiple downtown venues? This event is similar to the annual Winterhop event in downtown Ellensburg on Jan. 18th, which is already sold out just like it is every year.)

Mention Walla Walla Brewfest when making your reservation at the following hotels and you’ll get a discount.

Participating Breweries (as of Jan. 10th)

Anderson Valley Brewing changing ownership, remaining independent
Is Seattle one of the best beer cities in America or not?
Early reports suggests 2019 was another year of slow, spotty growth for craft beer