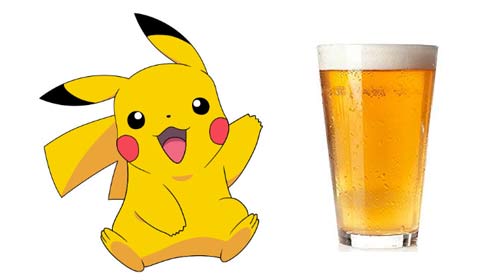 The independent craft breweries that deserve so much credit for starting and fueling the craft beer revolution of the past 30-plus years are facing a challenge these days. I call it the legacy brewery blues. If I had to draw a line, I’d say that any brewery nearing the 20-year milestone, or older, qualifies as a legacy brewery. Some would draw that line to include 10-year-old breweries, but that seems a bit unreasonable to me.

Some legacy breweries, like Deschutes Brewery, for example, are refusing to go down without a fight. They aren’t alone. Most legacy breweries are working hard to remain relevant as the craft beer industry that they created and nurtured charges headlong into the future. The breweries that are not at least trying to keep up will inevitably fall behind the ever-growing herd and face extinction.

If you can’t stand out, at least keep up

It is increasingly difficult for the nation’s oldest independent breweries to differentiate themselves from the crowd. Thing is, ten years ago there wasn’t a crowd. In the past decade, the number of breweries in America has swollen from about 1,500 to over 7,000. It’s a numbers game: with so many breweries, it is a challenge for any brewery, and especially long-established breweries, to attract the attention of today’s beer-drinking public.

On top of that, and this is tough news for some legacy breweries, the modern beer enthusiast has developed a thirst for the newest, the most obscure, and the most unobtainable beers. If they hope to survive, legacy breweries cannot rest on their laurels and continue to produce nothing but the same old beers, even if those are still great beers.

Of course, every brewery has its own set of circumstances and my assertion may not be true for all legacy breweries, like those operating successful brewpubs, for instance. There are plenty of stalwart legacy breweries that for one reason or another do not need to impress the cool kids and can just chug along as they always have. In addition to the things I talk about in this piece, there are plenty of other business concerns that impact a brewery’s success.

If a brewery wants to earn the admiration of the growing number of modernized beer drinkers, and attract some of their beautiful disposable income, it needs to understand something about the nature of the contemporary beer lover. Many of today’s aficionados chase after new beers like it’s a game. They’ve abandoned the act of casually enjoying a familiar, favorite, beloved beer and have replaced it with sport drinking—the act of hunting down new beers and upping their scores on apps like Untappd.

Think of it as the Pokemonification of craft beer. Whether they’re actually tracking their beer experiences on an app, that’s the way many people enjoy beer these days. For many ardent beer fans, the pursuit of something new, or rare, or unusual is what drives their drinking habits and, thus, their spending habits.

Establishments like The Beer Junction, Teku Tavern, and Chuck’s Hop Shop reflect this new way of drinking. Are there any beers on those tap lists that are always on tap? In the world in which legacy breweries used to exist, breweries could rely on a set number of regular handles. To a large extent, it just doesn’t work that way anymore. Getting on the list at the modernized beer hall requires something other than the same old same old.

While visiting a local beer mecca not long ago, I happened to sidle up next to a fellow, random beer drinker. The time slipped away without so much as a nod in my direction. Eventually, I sipped my way through a pint as he worked his way through a taster flight (4-ounce pours) of various beers chosen from the massive, always-rotating selection of draft beers at this particular watering hole. Between sips, he was on his phone, checking-in to each beer on Untappd, maybe sharing photos on Instagram, and perhaps scoring his beers on Rate Beer or Beer Advocate, too.

He was polite, but I could tell that my attempts to start a conversation were not entirely welcome as he kept his head buried in his phone between sips.

“Have you had any of the beers from Future Primitive Brewing yet?” I eventually asked.

That got his attention. “I haven’t heard of them; are they new?” He quickly began to search for this new brewery on whatever app he was using.

I have always referred to beer as an inherently social beverage, one that brings friends, neighbors, and strangers together, but more and more it is becoming a social media beverage. I am not begrudging anyone for enjoying a beer in their own way or at their own breakneck pace, I’m just noting that the social aspect of drinking beer has changed. For breweries, this change is not necessarily a bad thing. There is some value in the Pokemonification of craft beer and the rising popularity of sport drinking.

The nature of a brewery’s reputation now depends in part on these shared, depersonalized, online experiences. People used to ask me, “What’s your favorite brewery?” Now they just pick up their phone and let an app or website tell them which breweries are worth their attention, and what beers are worth drinking.

For example, while conducting a tasting event a couple years ago, I met some beer geeks from Indiana who knew about Fremont Brewing only because B-Bomb is so highly rated on Beer Advocate and RateBeer. They had never even visited a state where Fremont Brewing’s beer is available. I met them while they were visiting the Northwest for the first time. They were positively giddy when I pulled out a bottle of B-Bomb.

If it wasn’t for the Pokemonification of craft beer, these people would know nothing of Fremont Brewing or B-Bomb, so if a legacy brewery wants to impress the cool kids these days, it needs to impress those kinds of people. The ones who treat beer drinking like they’re playing Pokemon.

“You kids and your newfangled beer apps, get off my lawn!” Don’t be that brewery.

The best place to find people is where they already are

There’s no social media cachet  in posting a photo of Samuel Adams Boston Lager on Instagram. The modern beer geek doesn’t earn any street cred by checking-in to Deschutes Brewery’s Black Butte Porter on Untappd, although that is still a damn good beer.

Legacy breweries can still find an audience, but they need to find the people where they already are. If a brewery believes that their longevity, their decades-old reputation, and their position as an industry pioneer is enough to attract the attention of today’s growing craft beer audience, they are mistaken.

A brewery needs to give the modern ADD-afflicted beer connoisseur something new and different all the time. Some of the most successful, fastest-growing breweries are constantly introducing new beers, one-off-beers, variations of existing beers, and otherwise keeping the beer drinking public entertained and not just quenched.

When Steve Luke opened Cloudburst Brewing in 2016, he declared that he’d never make the same beer twice. Some people thought he was crazy; a brewery without a flagship beer? He wasn’t crazy. With few exceptions, he’s remained true to his word and his brewery is wildly popular because of it.

Do not go gentle into that good night

Not long ago we reported that Deschutes Brewery, one of America’s greatest and oldest independent breweries, laid off 10 percent of its workforce. Many people took this as a sign that the industry was imploding and that legacy breweries like Deschutes would be the first to suffer. I am not so easily convinced.

In this case, the workforce cutback was not directly related to the brewery’s status as a legacy brewery; rather, the company says it ramped up for expansion that was never realized and eventually had to reduce what became unnecessary staffing. It was a miscalculation. The kind of business gaff that can impact breweries young and old. Whatever the case, Deschutes Brewery is not rolling over and showing the younger breweries its belly just yet.

At the same time that we learned about the layoffs, Deschutes Brewery announced that it had invested in a pilot brewing system with the intention of introducing a new series of experimental beers beginning in the fall of 2019. Also, the company will introduce a series of sour beers this summer.

Deschutes Brewery recently introduced three limited-release, small-batch beers: Black Mirror, an American-style black barleywine; Tempranillo Flanders, a unique beer that straddles the line between winemaking and brewing; and a collaboration beer brewed with Varietal Beer Company of Sunnyside, Washington (one of the newer breweries in the Pacific Northwest).

Those are the kinds of beers that attract the attention of modern beer enthusiasts, no matter how old the brewery.

There’s no telling how it will all turn out, but it seems Deschutes is facing the Pokemonification of craft beer by doubling-down on its efforts to continue innovating and evolving. At the very least, this is not a step in the wrong direction. Or even worse, a step in no direction at all.

As I stated earlier, there are a lot of factors that contribute to a brewery’s long-term success. The need to innovate, evolve and impress the cool kids is just an increasingly large piece of the puzzle. One thing is certain, if a legacy brewery isn’t willing to at least try to keep up with the herd, the herd will leave it behind for the wolves.