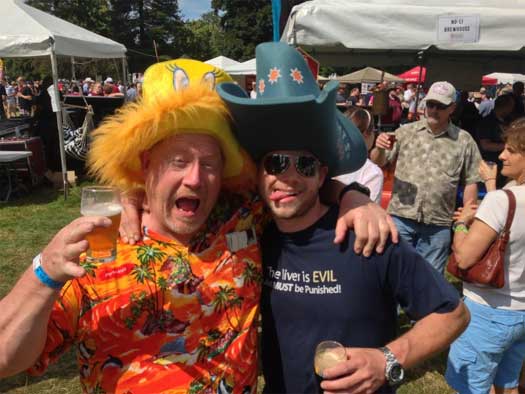 It’s the big daddy beer fest of the year and it’s now just one month away. I’m talking about the Washington Brewers Festival on Father’s Day weekend at Marymoor Park in Redmond (June 16 thru 18). Below we share the list of breweries. Buy your tickets before May 31st and get the early bird discount ($10 off).

This year the Washington Beer Commission has invited 130 breweries to participate. That’s a new record. The festival will see over 500 different beers poured over the course of the three day event.

Festival organizers feel your pain and are working to improve the parking and entry situation, implementing a new plan. Details available on the event website. To park, you’ll be able to enter from either of the park’s entrances this year (east or west entrance). The entry gate will now include a separate box office tent. Regardless, buy your tickets in advance to avoid standing in two lines.

Friday night is for grownups only (21+), but the kids are welcome on Saturday and Sunday. Also, Friday night the musical lineup includes my band, Four on the Floor, which will open for Washed in Black, the Northwest’s premier Pearl Jam tribute band

Festival organizers are expecting approximately 20,000 attendees over the course of the weekend. Along with the beer and live music all weekend, there will be a number of local food trucks serving victuals. Add to that the annual Brewers Keg Toss competition, which happens on Saturday and Sunday afternoons, and a good time is gauranteed.

For complete festival details, including ticket info, go to the official event website at http://washingtonbeer.com/festivals/washington-brewers-festival.php

Here is the lineup of breweries you’ll see at the Washington Brewers Festival, including the town from which they hail.