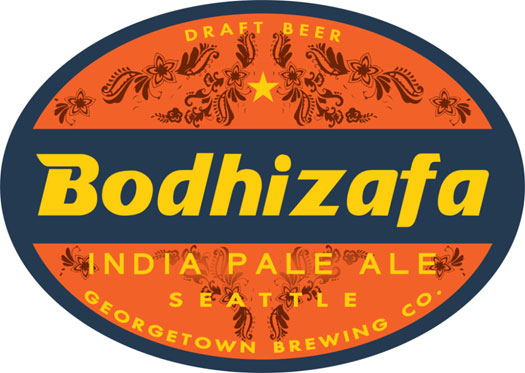 A year that will live in infamy. That is how history might look back on 2016. Seriously, whether you mourned the death of rock icon David Bowie or one of the many other public figures we lost, watched in befuddlement as Great Britain voted to leave the EU, or were simply stunned (in a good or bad way) by the election of Donald Trump, there’s no denying that 2016 was an epic year.

Things were not so tumultuous or contentious in the world of beer. Instead, beer offered us shelter from the storm. Something normal and predictable. Something we could all agree on. Beer is something that brings us together, which was especially valuable in a year where everything else seemed engineered to split us apart.

Below, I share a recap of the top ten beer stories of 2016. These stories received the most attention on the Washington Beer Blog in terms of user views; that is, these stories got the most hits in 2016.

To be clear, these are the top stories that we published in 2016. There are some stories that continually get traction year after year. Our archives are deep. We’ve published 3,875 stories since our launch in October of 2008 and some stories in our archives endure as popular finds on Google. In fact, The Elephant in the Room: Dirty Draft Beer Lines was our second most-viewed post of 2016 even though it was published more than four years ago.

But like I said, these are stories from the past year. Here is a recap of the most-viewed stories published on the Washington Beer Blog in 2016, starting with the most-read story of the year.

Anheuser-Busch gets $150,000 fine for liquor law violations in Seattle 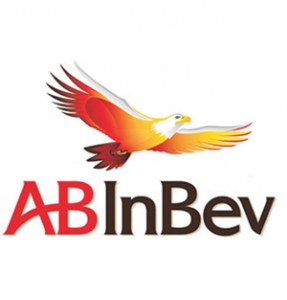 This one came straight out of the “No Shit, Sherlock” file. Back in January, the Washington State Liquor and Cannabis Board (WSLCB) handed down a violation notice to Anheuser-Busch that set the beer behemoth back $150,000. The WSLCB issued the administrative violation in response to an elaborate investigation that revealed that Anheuser-Busch had entered into an illegal agreement of exclusivity with two concert venues in Seattle, the Showbox and the Showbox SoDo. Knock me down with a feather. Read the whole story.

Sometimes it feels like Washington is the Rodney Dangerfield of the American beer scene. We get no respect. So for my money, Georgetown’s success at the 2016 Great American Beer Festival was the biggest Washington beer news of the year. Georgetown Brewing brought home a gold medal in the most highly competitive of all beer categories: American IPA. Winning a gold medal in that category is remarkable and gets everyone’s attention. According to the judges, Bodhizafa is the best IPA in America. Read the whole story.

If nothing else, this story gave beer snobs a chance to point out how much they hate Rainier Beer. Love it or hate it, Rainier is an iconic Washington beer brand and enjoys a place in local history that dates back more than 125 years. In 2016, Rainier Beer launched a new beer, Rainier Pale Mountain Ale, which is brewed locally in Woodinville at the Redhook brewery, which may become the Pabst brewery. All very confusing. Read the whole story.

Complain about the prices if you must, but paying $10 for a pint of fresh, locally brewed IPA is a lot better than paying $8 for a pint of stale Bud Light, which is what you get at most ballparks in America. Once again, our annual wrap-up of the beer scene at Safeco Field made the list. Mariners fans are blessed when it comes to beer. Now we just need the team to get over the hump and make it to the playoffs. Same thing I said last year, and the year before, and the year before, and… Read the whole story.

What? Them’s fightin’ words! With an incendiary headline like that, no wonder this story made our list. “Sixty percent of craft beer sucks and half of the breweries in America are doomed.” Those are strong words, and I’m not sure I agree, but I would expect nothing less than something so volatile from John Taffer, the boisterous, hot-headed host of TV’s Bar Rescue. He is a bit of a blowhard, and a bit of a bully, but he’s usually right. Read the whole story.

When word got out that Steve Luke was leaving Elysian Brewing to start his own operation, local beer geeks were giddy with excitement. The truth is, the creator of some of Elysian’s best-loved beers, not to mention the infamous Pecan Peach Pumpkin Ale immortalized in a less-than-flattering Super Bowl commercial, had plans to open his own brewery long before Elysian got gobbled up by Anheuser-Busch. The plan came to fruition in January 2016. Read the whole story.

The Power of Pliny

Each year millions of swallows return to the cliffs of San Juan Capistrano. It’s a sure thing. You can count on it like clockwork. Likewise, each year thousands of beer geeks flock to Santa Rosa, California for the annual release of Pliny the Younger, the much-ballyhooed Triple IPA from Russian River Brewing. In this story, we revealed the surprisingly large economic impact the annual release of Pliny the Younger has on the local economy. Read the whole story.

It’s hard to summarize all that George Hancock (the “Pyramid” George Hancock) meant to the local beer scene. He was a pioneer in the industry, former owner of Pyramid Breweries, a staunch advocate of the drink local movement, and played an instrumental role in the founding of the Washington Brewers Guild and the Washington Beer Commission. George left us in March of 2016. Read the whole story.

Melvin Brewing is coming to Washington

Last May we reported that Melvin Brewing planned to open a new brewery in Washington. The highly decorated brewery from Jackson, Wyoming has roots in the Mount Vernon area, so the new brewery represented something of a homecoming. We’re still waiting for a progress report, but must assume that the plan is still firm. Read the whole story.

This one shocked me. I mean, you people are such nerds! In April we reported on the release of the 2016 Hop Stock Report. I’m honestly impressed that you, our readers, were so interested in reading something so deeply industry-related. Sure, I know y’all love hops, but this is pretty dry, unimaginative stuff. A lot of numbers, a lot of speculation. Anyway, this one rounds out our top ten. Read the whole story.