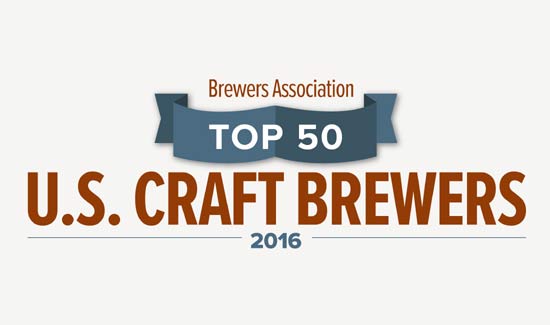 The Brewers Association (BA)—the not-for-profit trade group representing small and independent craft brewers—just released its annual lists of the top 50 craft brewing companies in the U.S., based on 2016 beer sales volume. These are the top craft beer producers, not the “best” craft breweries.

“With such a broad range of brewers in today’s beer landscape, the leading small and independent producers have helped build the craft brewing industry to what it is today,” said Bart Watson, chief economist, Brewers Association. “Embracing their experience and ability to thrive and overcome challenges, the top producing craft brewers will continue to inspire, innovate and influence the future of beer.”

Some things to think about: