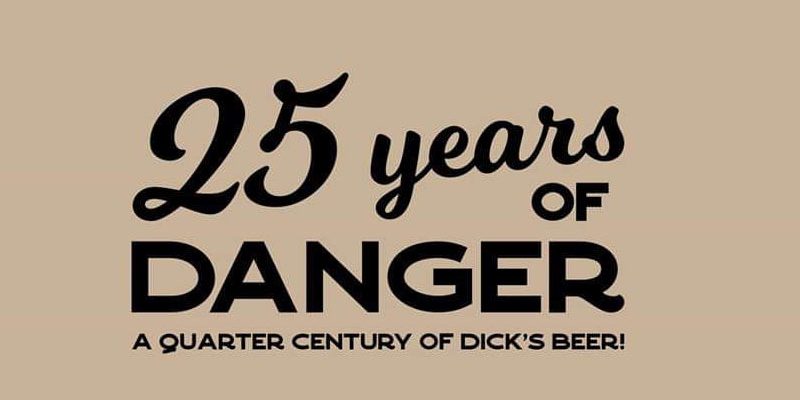 This Saturday, October 26th, Dick’s Brewing invites you to join them as the company commemorates its 25th anniversary and celebrates the man who started it all.

Hard for some of us to believe, but it’s been ten years (almost to the day) since the Washington beer community lost Dick Young to a heart attack. The man who founded Dick’s Brewing Company, and the namesake of Dick Danger Ale, was a pioneer in the local brewing industry, a larger-than-life character, and one heck of a nice guy. Today, Dick’s daughter still operates the brewery that carries his name.

We’re turning a quarter century old and we want you to celebrate with us! October 26th we’ll have food, fun and beer!

We’ll have Commemorative Bottles of Danger available & MillTown Wood Fired Pizza will be on site to pair with your beer.

Throughout the weekend we’ll also have live music from The Backburner Band and brewery tours! Come raise a glass to remember Dick Young!