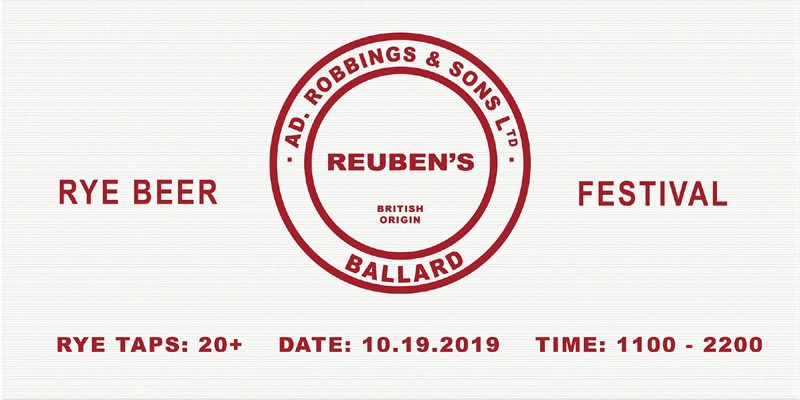 When Reuben’s Brews first opened seven years ago, one of the things that differentiated it from other local breweries was its use of rye in its beers. Sure, other breweries used rye on occasion, but Reuben’s Brews used it regularly and generously. Not in every beer, of course, but in some of the beers that first grabbed people’s attention.  They never backed down and continue to embrace the rye.

Saturday’s event is free and boasts a tap list featuring over 20 rye beers.

Wait. What? Twenty rye beers? Who does that? Reuben’s Brews, that’s who.

In addition to all the beers on tap, they will release two canned beers: Hazy Harvest, a 6% hazy IPA brewed with a dash of rye for a slight spice, and Roasted Rye IPA, a warmer winter IPA. Other rye favorites on the taplist include Roggenbier, American Brown, and American Rye. For the full tap list and to learn more about Rye Fest 2019, visit: https://reubensbrews.com/event/rye-fest/.