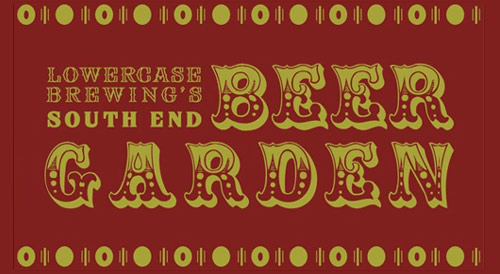 The annual Georgetown Carnival happens this Saturday, June 8th. In case you’ve never been, suffice it to say that this is Seattle’s least genteel street festival. No, there aren’t any naked people in bodypaint parading orderly down the street on bicycles; that’s far too polite for Georgetown. If there are any naked people, and that’s not beyond the realm of possibility, it won’t be so well orchestrated. Who knows, maybe someone will streak through the South End Beer Garden at Lowercase Brewing, exposing both their south end and their lowercase, if you know what I sayin’.

Several blocks of Airport Way, stretching from Lowercase Brewing to Elysian Brewing will be closed to traffic. Along with multiple live music stages, the streets will be taken over by arts and crafts vendors, carnival games, arts-in-action demonstrations and more. Of course, your favorite drinking establishments welcome you: Jellyfish Brewing, Lowercase Brewing, Machine House Brewing, Full Throttle Bottles, Jules Maes Saloon, 9 Pound Hammer, Star Brass, and all the others. Trust me, it won’t be hard to find a beer.

For the festivities, Lowercase Brewing is expanding its outdoor patio area to create a South End Beer Garden (noon – 10:00). Along with beer from Lowercase Brewing, the kid- and dog-friendly beer garden will feature hot dogs from Dante’s Inferno Dogs (12:30 – 3:30),  wine from Mercer Estates Wines, and Sprezza Italian Spritz (a refreshing, wine-based cocktail thingy).