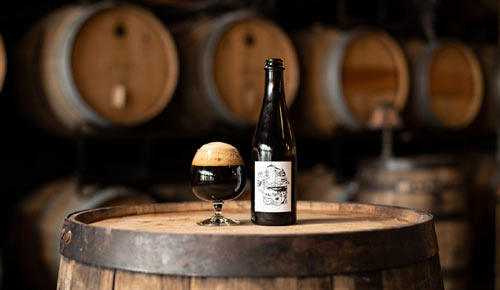 Here’s news, fresh from the brewery, of three beer releases from Aslan Brewing: an Ordinary Bitter, a Brown Ale, and a London Export Stout.

OUT NOW
The Duke – Ordinary Bitter

A true session ale and the original from the British Isles. What makes us most proud of this beer is the extra effort we took to make sure it was absolutely stylistically correct. The barley employed was a floor malted, heritage grain from the Wiltshire, and of the oldest malt house in England. The hops used are of the Goldings variety, also from England. The carbonation and clarity were created naturally, in the way real cask ale would be presented. And the yeast was of course of English origin. Notes of sun brewed peach tea and freshly baked baguette create complexity that finishes with a satiating balance between malt and hop. This beer is a refreshing reminder that low alcohol beers do not need to sacrifice flavor and complexity.
Hops: WGV
Malt: Crystal 40, Plumage Archer

It’s time to start using your inside voice. The seasons are changing and the beers are getting darker. This beer is challenging to the senses, but ultimately rewarding. With aromas of toffee, apricot marmalade, and biscuit it is a delight on the nose. Welcoming flavors of cocoa, strawberry jam, and toast are balanced with a rounded hop bitterness.

*Available at both Aslan locations
$12 a bottle