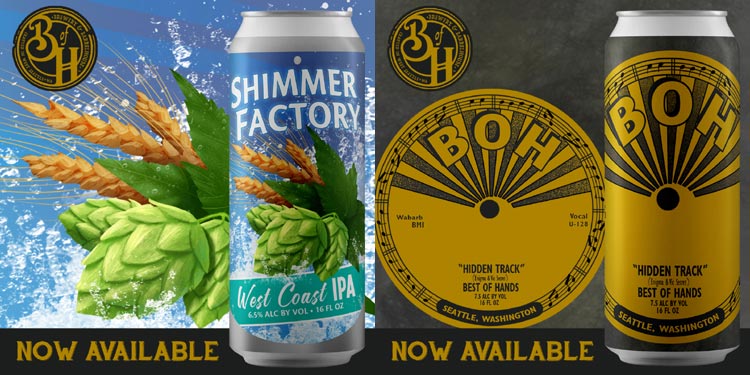 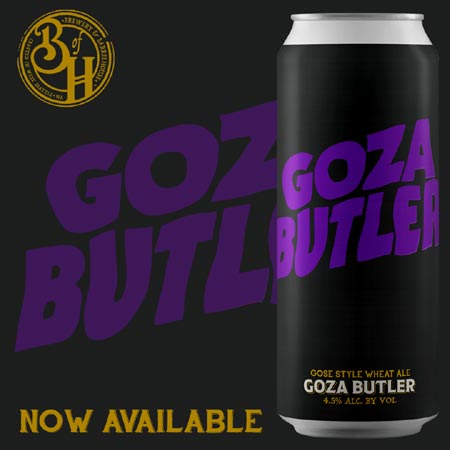 Two of them are IPAs: a West Coast IPA and NE IPA. The third beer is a gose: Goza Butler, with a name that is an homage to Geezer Butler, the bass player for Black Sabbath and label artwork that is a nod to the band’s 1971 album Master of Reality, a seminal record that influenced the shape of rock music for the ensuing decades. 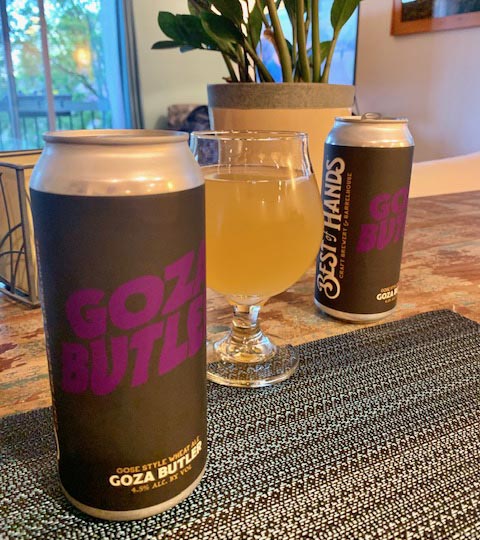 Here are the release notes from Best of Hands Brewery and Barrelhouse.

Hazy IPA featuring Enigma & Vic Secret hops for notes of raspberries and pineapple juice on the nose with dankness, light vinous qualities, & underlying hints of perfume. Generous body and slight nuttiness provided by additions of flaked, & malted wheat. Guava and lychee on the palate meld into flavors of raspberry and herbal-spiciness on the palate. Complex sticky, bittersweet finish heralding impressions of grapefruit pith, currants, and resin.

Gose style tart wheat ale with sea salt, coriander, & pink peppercorns. Light stone ground cracker malt aromas with mineral undertones and fruity-floral peppercorn notes on the nose. Bready notes on the palate accompanied by the floral-nutty flavors of the coriander. Sea salt salinity emerges mid-palate to balance the malts with a mineral crispness and a savory zing. Finishes with a pleasant tartness akin to fresh squeezed lemon juice with notes of cereal grains and a flourish of peppercorn spice.