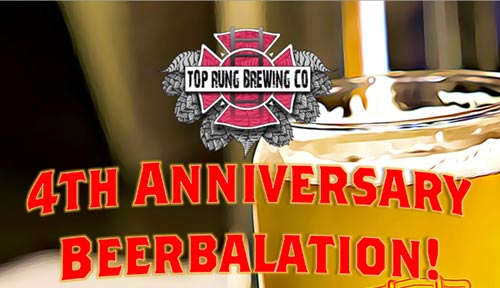 On Saturday, April 21 Top Rung Brewing celebrates its fourth anniversary at the brewery’s taproom in Lacey, Washington. The event includes the release of a couple of special beers. Here is more information about the event straight from the brewery:

Top Rung Brewing is excited to announce that we will be celebrating our 4-year anniversary on April 21st by holding a 4-year Beerbalation at the brewery. Our Beerbalation will feature the release of our Anniversary Pilsner, limited release of our Raspberry Pastry Stout in bottles, special commemorative glass with beer of your choice for $7.50 (excluding special release or Imperials) while they last, games, Wicked Pies Pizza food truck, and more! Come on out and join us at the brewery for a great time and celebrate 4-years of Top Rung! The event will be 12:00 to 9:00 at the brewery located at 8343 Hogum Bay Lane NE in Lacey.

Top Rung Brewing is a 10-barrel production brewery with tasting room. Top Rung is a destination for craft beer drinkers to enjoy their beverage and view a working production brewery facility. Our tasting room is warm and inviting, family friendly and while we will only offer snacks to include hot pretzels, we partner with local food trucks as well as allow patrons to bring in their own food of their choice or have it delivered. Normal hours are: Wednesday-Friday: 3-9, Saturdays: 12-9, and Sundays: 12-5. 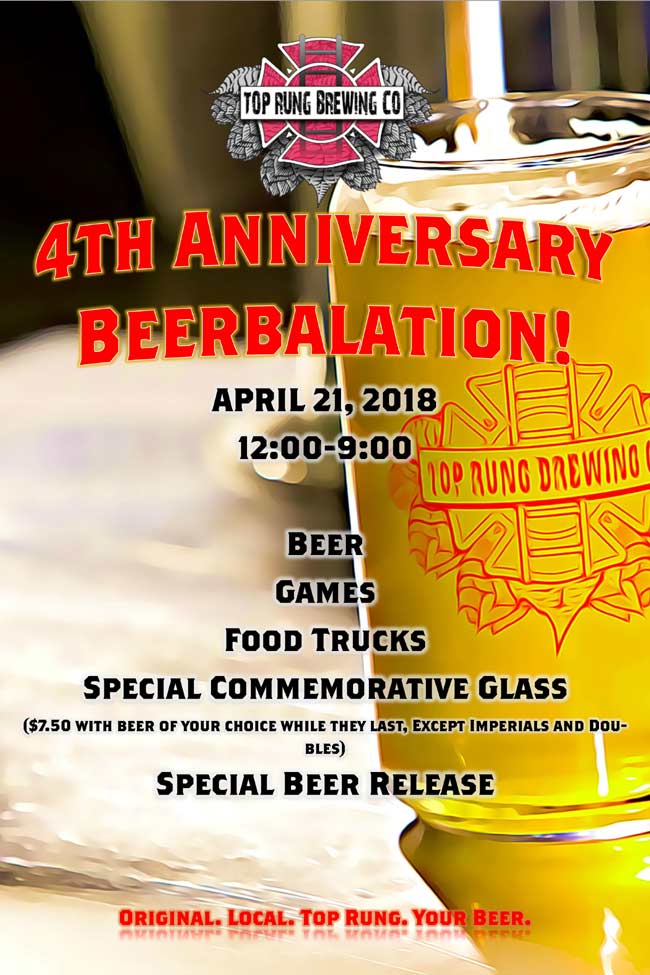