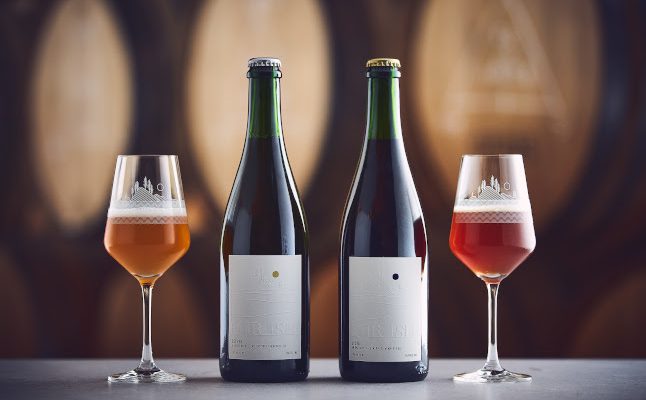 In case you haven’t figured it out yet, Fair Isle Brewing names its beers after women. I don’t know if Esther and Lydia are people they know or just names they like, but that’s what they’re calling these two new releases.

Regarding the names, I learned this from the brewery: “MJW Grain Inc in Ritzville, WA is a fifth-generation farm originally started by Lydia (Sackman) and Edward Wahl and is now run by Maya Jane Wahl and her family. Esther (Ferrier) is both literally and figuratively the daughter of Lydia. MJW Grains grows triticale – creating distinct flavor notes in this beer.” Read about MJW Grain Inc.

Here are the release notes from the brewery:

Esther is the daughter of Lydia and is a blend of a triticale stock beer and our house farmhouse ale. Esther was aged for six months in a single cab franc barrel adopting a new profile from the grapes previously in the barrel.

Esther is dry with a pleasant minerality, notes of apricots, mustard seeds and soft undertones of brettanomyces.

Although we don’t have Esther on draft, we’ll be offering bottle pours this week until we sell out.

Lydia is a Fall inspired farmhouse ale brewed in 2019 and aged in oak-puncheons for ten months. Brewed with triticale grown by MJW Grain Inc in Ritzville, WA and barley grown by Palouse Heritage in Endicott, WA and malted by LINC Malts.

Lydia has notes of toffee, maple and chestnuts.