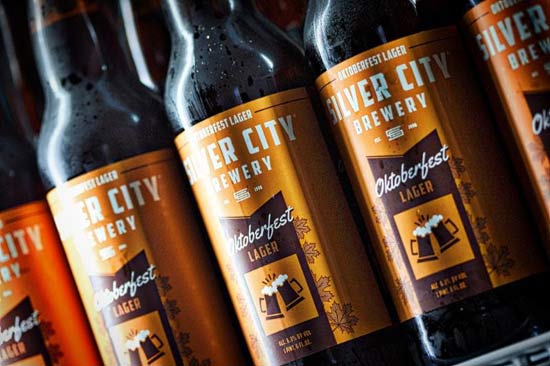 It hurts to say it, but summer is drawing to a close. We still have a few weeks left, hopefully, before we begin the inevitable slide into the long, dark and wet season. Silver City Brewery is about to release a couple of beers to help prepare us for the transition: Oktoberfest Lager and Sesh Appeal Classic Lager. Here is the release info from the brewery. 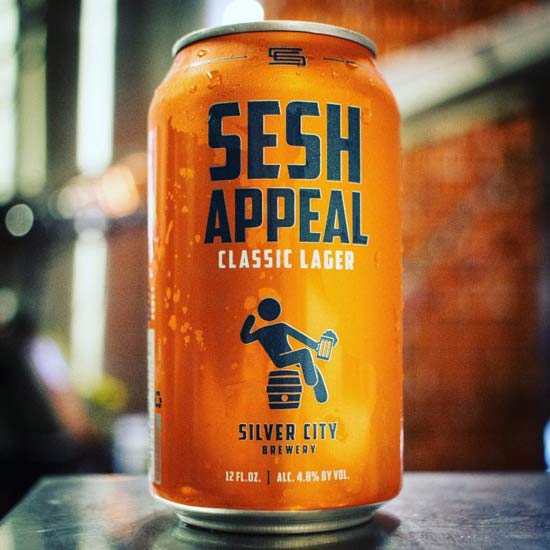 As the sunburns subside, the last of the empty Ziggy Zoggy cans find their way into the recycler, and the shadows grow longer, inevitability sets in: autumn approaches. You’d be hard pressed to find a more breathtaking atmosphere than a Pacific Northwest summer, but in reality early fall in Washington State rivals it in almost every way.

Temperatures mellow out just enough to draw us willingly out of our air-conditioned hideaways, the scenery for hiking and kayaking is ever-more beautiful with the changing of leaves and vegetation, the ubiquitous blackberry bushes ripen, and it marks the return of a custom near and dear to the hearts of every true Washingtonian. Football.

For the crew at Silver City Brewery, football holds an additional special significance- the preseason annually coincides with the bottling and kegging of the year’s first batches of Oktoberfest Lager. “B…but… October isn’t for over a month yet,” one may ask. While that may be true, its namesake Bavarian festival actually begins in mid-September. In anticipation of the mass frickin’ quantities our thirsty, devoted drinking team will imbibe… well, let’s just say we wanted to make sure we were ready for you. And we are.

It’s no secret that German-style lagers are favored styles around Silver City Brewery. There’s no greater homage to the tradition than Oktoberfest Lager. A light butterscotch-colored liquid that pours with white, frothy suds, Oktoberfest Lager instantly explodes with spiced aromas not unlike cinnamon and nutmeg, entirely symptomatic of the German Hersbrucker hops. A deep breadiness hits the palate, the fresh-baked pretzel character of rich Munich malt. Lingering just long enough to watch Rawls run it in for six, the lager cleans itself up gracefully with the unmistakably brilliant dry finish of authentic Pilsner yeast.

Oktoberfest Lager is practically built to be paired with bratwurst. That’s a no-brainer, especially as bratwurst makes for excellent gameday grub. Find yourself a local butcher that makes truly authentic Bavarian-style sausages and minds will be blown. However, the beer also stands up incredibly well to buffalo wings, providing a nice, rich malt profile that doesn’t get overshadowed by the peppery vinegar-based sauce and also acts as a solid digestif. It pairs well with chili for many of the same reasons (especially if you can spare a few sips to deglaze the pan).

Oktoberfest Lager is now available on draft and in 22oz bottles… but what about cans?

We’ve gotten pretty used to having a crushable lager around with Ziggy Zoggy Summer Lager and Cold One Pilsner Beer immediately preceding it. It was almost too great a tragedy to consider that Ziggy is done for the year and Cold One doesn’t get its start until late December. Enough of a tragedy that we decided to do something about it.

Sesh Appeal Classic Lager is literally everything you could possibly want out of a smashable lager beer. Excellent flavor? Check. Light body? Check. German-influenced? Check. Comes in a can? Sextuple-check.

Taking inspiration from last year’s Sieben Braü Seattle Beer Week Lager, Sesh Appeal Classic Lager is a refined take on the classic Helles-style. Pouring bright gold with the perfect amount of carbonation, aromas of fresh baked bread hit the nose instantly. Like its big brother, Oktoberfest Lager, Sesh Appeal makes great use of the Hersbrucker hop, but sets itself apart with the addition of Mt. Hood hops for a touch of sweetness. Vienna malt joins Pilsner malt to provide a light toasted note and a complexity that finishes crisp & clean. When sipped, it’s subtly can be deeply appreciated, but the beer is deliberately light enough that it can be smashed on throughout an entire game while staying easy on the belly.

Like Oktoberfest, Sesh Appeal is amazing with gameday food. It’s light profile enables pairing with richer foods like burritos or nachos. It’s a great companion while grillin’ up some dogs, especially when prepared Seattle-style with cream cheese and tomatoes on the bun. But honestly, this beer holds up well with just about any food you throw at it. Its complexity can be enjoyed out of a snifter, but its attitude and immediacy makes it perfect for crushing cans on a Sunday afternoon.