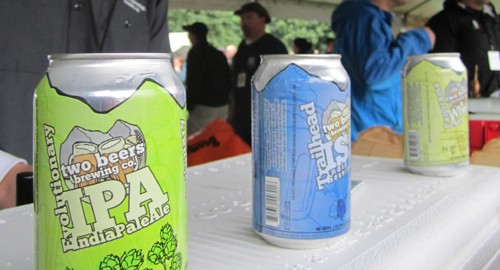 Today I have two exciting bits of news to share with you regarding Two Beers Brewing.

The stadium will serve three different beers from Two Beers Brewing: SODO Brown, Evolutionary IPA and Immersion Amber. Find it on tap at various locations throughout CenturyLink Field during the 2012 season.

Drinking beer at the game is nothing new for Sounders and Seahawks fans. Since Husky Stadium in on campus, and a “dry” facility, drinking at the game will be a whole new experience for Husky fans. Uh. Ya, right. Well, you know what I mean. The Huskies will play at CenturyLink Field in 2012 while their own stadium is being renovated. I will miss sneaking sips from a flask (a Husky football tradition). Then again, no I won’t.