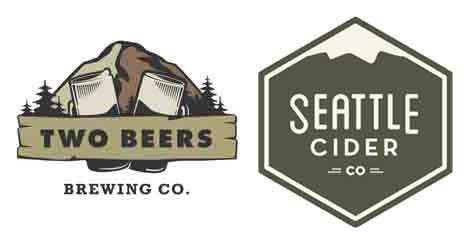 Usually this kind of news comes to me from Caitlin Braam Creative, the PR company that handles public relations for Two Beers Brewing Company and Seattle Cider Company, but today the news came straight from Joel VandenBrink, who captains both of those ships.

Two Beers Brewing and Seattle Cider announced today the hiring of Caitlin Braam as its new Director of Business Development and Marketing. For the past four years Caitlin worked as an independent contractor, managing Two Beers Brewing’s public relations. She has worked with Seattle Cider Company since its inception.

According to VandenBrink, “With her guidance, Two Beers Brewing has grown from 700 barrels per year to over 6,500 barrels per year, gone through a full rebrand, launched new territories, and become known as one of the premier microbreweries in Seattle. Caitlin is also responsible for guiding Seattle Cider through its branding and marketing success, and for bringing it to market in a way that set it up for success.”

A personal note from me: Caitlin is a rock star and a consummate professional. She makes my job so much easier. I’d congratulate her on the new gig, but Two Beers Brewing and Seattle Cider are the real winners here. They totally scored. When other breweries ask me about public relations, and the best way to feed me information, I use Caitlin as an example. Literally, I send them copies of her work and say, “Do it like this or just hire her to do it for you.”