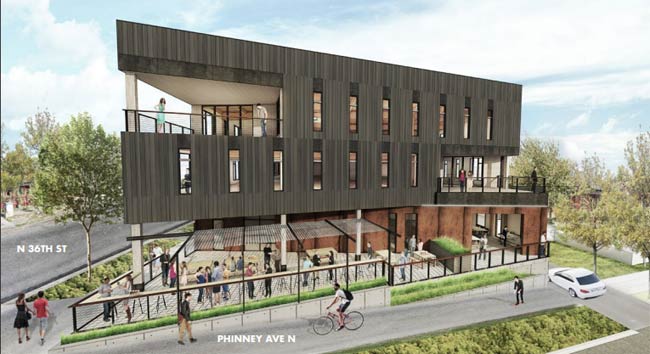 Back in January, we reported that Aslan Brewing of Bellingham, Washington planned to open a taproom in Seattle’s Fremont neighborhood at the corner of 36th Street and Phinney Avenue. Read it. The company hoped to open the new spot this summer. We now know that the timeline has been adjusted and they’re shooting for the end of September. We also have some other details to share.

In an Instagram post recently, Aslan Brewing announced that in addition to beer, they’ll offer sandwiches from Seattle’s revered Salumi deli. In addition to that, you’ll be able to order food from Local Tide, a seafood restaurant moving in right next door. Local Tide describes itself like this: “We aim to offer high-quality seafood without the formality of fine dining.”

🚀 Fremont 🌞 We can’t wait to open up our new taproom in the center of the universe. Construction is cooking and It looks like we will be opening our doors by the end of September! We will be slinging legendary @salumiseattle sandwiches & once our friends @localtideseattle (pictured) open, folks can order their epic 🦀 rolls right in our taproom We will be posting more construction updates on @aslanseattle over the next few weeks. See you soon Seattle!

We will keep you posted as Aslan Brewing’s Seattle location gets closer to opening.