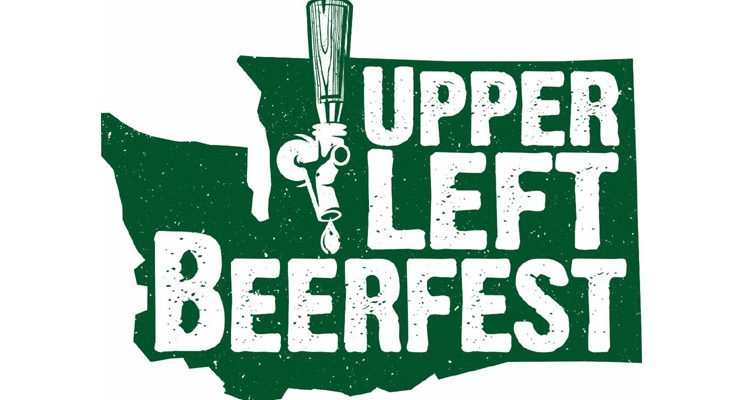 This Friday and Saturday, Downtown Everett plays host to the Upper Left BeerFest. The event features beer, cider, and mead from at least 20 producers (the latest list is below). Friday night is reserved for grownups only, 21 and over. Saturday, the festival has partnered with the Everett Food Truck Festival. Expect live music throughout. More details below.

The Upper Left Beerfest is coming back to Everett. This year during the summer of 2019! With the support of the City of Everett as well as the Downtown Everett Association, the Upper Left Beerfest will return larger than ever. The event will again be a two-day festival taking place Friday & Saturday, August 23 & 24 featuring live music throughout both days. 2019 also again feature over 20 of the best breweries and cideries from around the Northwest.

NEW IN 2019 – The Upper Left Beerfest plans to partner with the Everett Food Truck Festival, creating one large food and drink festival. Attendees of the beer festival will have in/out privileges to visit their favorite food trucks while drinking their favorite craft beers from around the region!

Please scroll down to view ticket options, see which breweries/cideries will be in attendance and the music stage schedule. Closer to the event, we will also have an event map showing which food trucks will be attending the Everett Food Truck Festival!

Saturday’s tasting event – will not only feature the Upper Left Beerfest but new this year, as mentioned above will feature the Everett Food Truck Festival and Yum Run 5K as well!