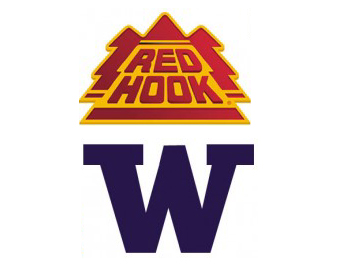 In 1889, the University of Washington Huskies played their first football game in Seattle. It was the first collegiate football game ever played in the Pacific Northwest. Ninety-two years later, in 1981 (or ’82, depending who you ask), Redhook transformed a Ballard transmission shop into one of America’s first post-Prohibition craft breweries. These two events in Seattle history were completely unrelated until three years ago. Well, maybe the two events actually are still completely unrelated, but UW athletics and Redhook are not.

As Husky Nation eagerly awaits the first kickoff at the newly renovated Husky Stadium this September, Redhook has announced a new, ten-year agreement with the University of Washington. In case you didn’t know, Redhook is the official craft beer of University of Washington Athletics. The new contract extends a relationship that began three years ago, as we reported here back in 2010.

Here is the press release from Redhook.

SEATTLE– June 24, 2013 – Redhook Brewery today announced that it has reached a new agreement with the University of Washington for Redhook to continue as the official craft beer of University of Washington Athletics. The new deal ensures that Redhook will be a part of the opening of newly-renovated Husky Stadium and will remain the official craft beer of Husky Athletics for the next decade. The multi-tiered media partnership includes radio and print advertising, an assortment of signage in premium areas as well as authorized promotional use of UW logos, images and facilities, among other assets.

“This is an awesome moment for Redhook Brewery,” said Karmen Olson Stevens, Redhook Brand Manager. “Redhook has been a Seattle mainstay since founders Paul Shipman and Gordon Bowker opened the brewery doors in an old transmission shop just a few miles away from Husky Stadium in 1981. This partnership has meant a lot to us over the last 3 years and we are extremely excited to be a part of Husky Athletics long term. We’re even planning to release a new Redhook UW tap handle and other new point of sale communicating this great partnership.”

As part of the deal, Redhook will have a branded area inside the newly-renovated Husky Stadium in premium areas. There will also be signage at “The Zone”, a game day tailgate experience for fans attending the game (where Redhook will be the official sponsor of the music stage).

The sponsorship extends well beyond the friendly confines of the UW campus. Redhook also becomes the official craft beer partner of the University of Washington away game Warm-Ups through the Alumni Association. The “Washington Warm-Ups” a pre-game party for Husky fans traveling on the road during football season.