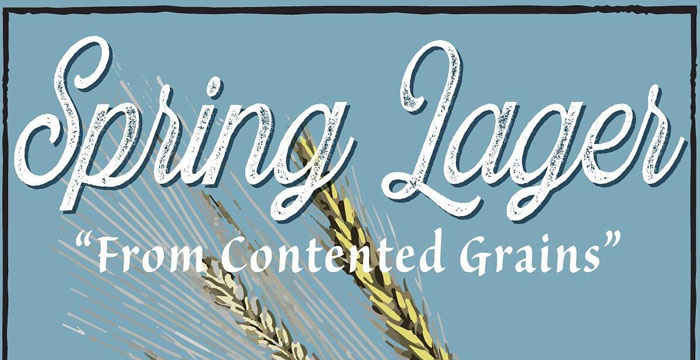 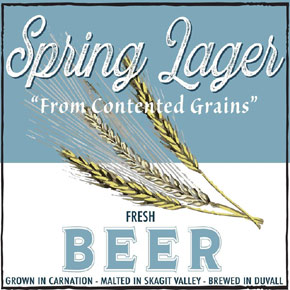 Valley House Brewing is currently open for takeout only, 4-8pm daily. To place an order call (425) 318-6363, or come by and order to-go. We are happy to bring your order to your car, just let us know if that’s your preference.

Here is the release announcement

This fresh Spring Lager is as refreshing as spring rain and as bright as spring sunshine.

The grain was grown right down the road Carnation Farms, which has dedicated 20 acres of underutilized farmland to launch a thriving King County grain economy (learn more at carnationfarms.org/growing-grain). We were thrilled when we learned of this initiative, and are so excited to have the first batch of Talisman Winter Barley as the base of this beer.

As with all our grain, Skagit Valley Malting, did the malting. We had them do a custom malt for us, half into a Pilsner and half into a Munich malt. In the current times we are in, new beginnings, such as this grain program at Carnation Farms, are cheerful reminders of how special this area is. Back in the day, it was noted that Carnation Milk came from contented cows. Well, we believe this grain comes from the same thoughtful treatment as those cows, so we named this Spring Lager, ‘From Contented Grains’. Enjoy!