Since we all have some time on our hands, why not learn something about beer? Every so often I will attempt to teach you something here on the Washington Beer Blog, offering a brief, easily digested lesson about some random beer topic that I think is important or interesting.

Today’s Lesson, What is Dortmunder?

Dortmunder is a German-style, relatively light-bodied lager. A bit stronger, with more body than a helles lager, not quite as hoppy as a pilsner. Historically, it was (and still is) brewed by breweries like Kronen and DAB in Dortmund, Germany.

In a previous article, I optimistically mused about Dortmunder becoming “the new IPA.” Why?  First, Dortmunder is a fun-to-say, catchy, memorable word. Second, like India Pale Ale, Dortmunder comes with a great backstory. Of course, it’s also a lovely style of beer.

Dortmunder is a word used to describe something/someone from Dortmund, a town in Germany. In terms of beer, we’re talking about the beer commonly known as DAB, DAB Original, or DAB Export. Dortmunder Actien Brauerei (DAB) is pretty much synonymous with Dortmunder-style beer. Kronen is another brewery in the city of Dortmund that brews this style of beer, but DAB acquired that brewery back in the 1990s. 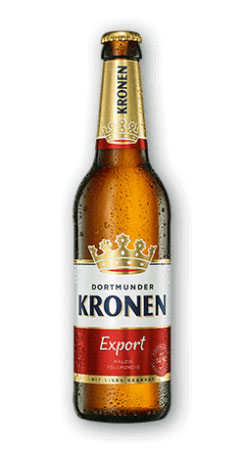 Kronen Brauerei is actually a much older brewery than DAB, but the latter attained a higher level of visibility and recognition. Read on. 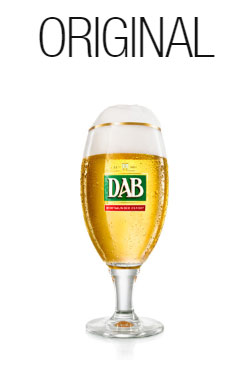 The best descriptions I’ve found suggest that Dortmunder falls somewhere between helles and pilsner. Crisp and light like helles, but a bit maltier and stronger in terms of ABV. Slightly more full-bodied and not quite so hoppy as pilsner. They usually clock in somewhere just above 5 percent ABV. The water around Dortmund is considered high in sulfates and some say that factor contributed to the original beer’s character as well.

While American craft brewers always interpret tradition through their own creative lenses, it seems rather silly to call a beer a Dortmunder unless you’re aiming to make a beer that pretty closely mirrors the tradition.

About 150 years ago, in 1868, Dortmunder Actien Brauerei (DAB) started brewing beer in the town of Dortmund. It quickly grew into one of the most successful breweries of its time and about 10 years after opening it started exporting its flagship beer internationally, most notably to Africa, India and Japan.

Maybe I’m giving DAB too much credit, but I don’t think I’d be talking about Dortmunder right now if it wasn’t for DAB.

Dortmunder Actien Brauerei was an early adopter of “refrigeration machines” in the late 19th century, which helped provide stable, year-round fermentation of this cold-fermented, lager-style beer. In fact, installation of the original refrigeration equipment at Dortmunder Actien Brauerei was supervised by Nobel Prize winner Karl von Linde, the physicist attributed with inventing the technology.

The town and its namesake brewery survived World War I but neither were so lucky the second time around. The entire town of Dortmund was essentially destroyed during World War II. By 1949, they’d rebuilt the brewery and resumed making beer.

DAB has modernized with the times and still brews and exports beer. In the 1980s they opened a state of the art, new brewery. In the mid-90s they took over Kronen. Today, DAB is part of the Radeberger Group, which is the largest brewery group in Germany.

Dortmunder Actien Brauerei produces a number of different styles, but when Americans talk about DAB or Dortmunder, they’re talking about the original.

The city of Dortmund (pop. 585,000) is located in the North Rhine-Westphalia region of Germany.