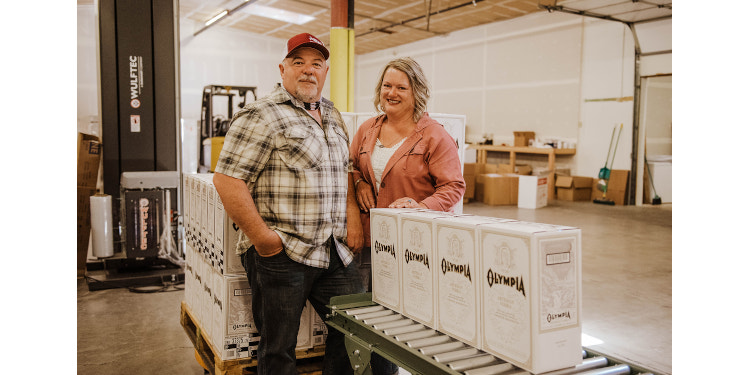 Olympia Beer is one of America’s iconic beer brands, one that harkens back to a time when craft beer as we know it today simply did not exist. If you examine the history of a brand like Olympia Beer and think of it as something other than the mega-beer brand you’ve always known, you discover that when it was founded in the late 1800s, it was essentially a craft beer for its times: available regionally at most and brewed in relatively small quantities at privately owned breweries. Sound familiar?

A key factor in Leopold Schmidt’s decision to build his brewery in Tumwater, Washington, near the city of Olympia, involved the water in the aquifers below the area. That water flows out the earth from artesian wells, which explains the beer’s tagline, “It’s the water.” Marketing, sure, but there is something kind of special about artesian well water. How special is it? You decide. Apparently Well 80 Brewhouse in Olympia thinks the water is kind of special. It opened just over a year ago and it is named after one of the wells: Well 80 is located at the back of the building. (Read a bit more about artesian wells.) 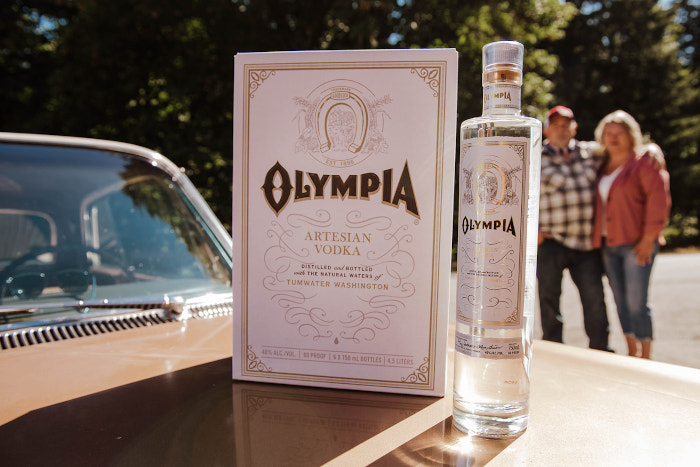 Olympia Beer is now a brand belonging to the Pabst Brewing Company and it is no longer brewed in Tumwater, Washington, but a new venture makes use of that same artesian well water: Olympia Distilling Company. Master distillers Ray Watson and Lesa Givens are both life-long residents of the Pacific Northwest. (Pictured above. Photos by Sara Russell.) Today the company introduced its first product: Olympia Artesian Vodka.

For the sake of disclosure, the Washington Beer Blog usually focuses on craft beer, that’s true, but I think this is a cool story and they sent me some vodka so I thought I’d talk about it here. No money changed hands and there was no quid pro quo. Yes, Pabst is involved; how else could they use that logo, right? 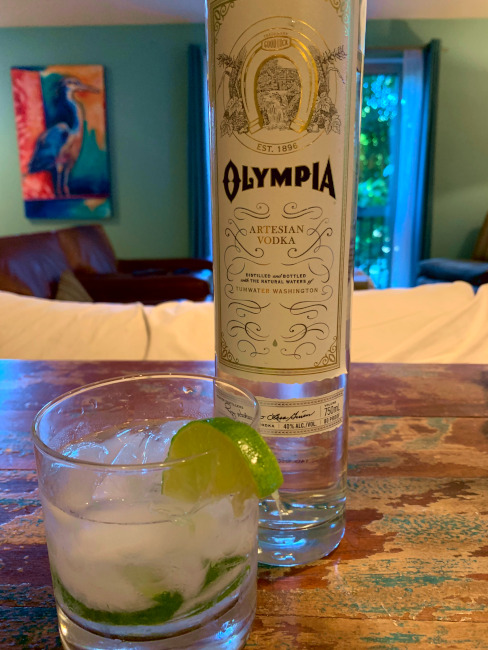 Ray and Lesa’s vodka just won a silver medal at the 2020 New York International Spirits Competition, so they must be doing something right. I sampled some Olympia Artesian Vodka and, though I am far from an expert, I thought it was quite good. It has a very slight, but agreeable, herbal quality to it. I tried it straight, on the rocks, and with soda and lime (pictured above).

August 26, 2020 – Tumwater, WA – Olympia Beer will launch its Olympia Artesian Vodka this summer. The vodka is produced and bottled locally using the artesian water aquifer located beneath the town of Olympia, WA, the birthplace of Olympia Brewing Company and Olympia Beer.

The creation of Olympia Distilling Company, and the building of its dedicated distillery in Tumwater, a suburb of Olympia, is a nod to the brand’s historical roots and deep ties to the Pacific Northwest. Though Olympia Beer is no longer brewed locally, it was Tumwater, at the site of its famed artesian waters, where Olympia Brewing Company was founded in 1895 by the outdoorsman, brewmaster and adventurer Leopold Schmidt. Schmidt’s love for the beauty of the Pacific Northwest and appreciation of the finest natural ingredients underpin the mission of the Olympia Distilling Company, which is led by master distillers Ray Watson and Lesa Givens, both of whom are life-long residents of the Pacific Northwest.

“We know how historically important the brewing of Olympia beer has been to this town. To be able to now distill Olympia Artesian Vodka here in Tumwater, and produce a product and facility that we, and the community can be proud of, has been an incredible experience,” said Watson.

Olympia Artesian Vodka is distilled and blended with the artesian water that flows directly down from the Cascade Mountains. As it passes through layers of bedrock on its way to the aquifer the water undergoes a process of natural filtration, while collecting various minerals and electrolytes, creating some of the purest water on earth and giving it a truly singular taste and character. Water is vital to Olympia’s history and future, as such a portion of profits from sales of Olympia Artesian Vodka will be donated to locally located charities that support and protect waters in the Pacific Northwest and around the world.

“We come from a long lineage of Pacific Northwest distillers, it’s a passionate and unique tradition. It’s amazing to think that we’re using the same natural water sources that they were over a hundred years ago. There is something really special about that, and we feel you can taste that Olympia magic and local tradition in every bottle,” added Givens.

Olympia Artesian Vodka is 80 proof and 40% ABV, it is available in 750 ml bottles. The vodka is  currently available directly to consumers via Drizly and in stores throughout Washington, with distribution in Oregon beginning in September. This August, Olympia Artesian Vodka was awarded Silver in the New York International Spirits Competition and named the best vodka distillery in Washington state.

Olympia’s Artesian Vodka is not the first product to be produced in the new distillation facility, in late March, the Olympia Distilling Co facility pivoted from vodka production to hand sanitizer, producing over 12,000 bottles for the local community in response to the Covid-19 crisis.

Olympia Distilling Co. recently opened in Tumwater, WA – the original home of Olympia Brewing Co. – where they produce a new premium vodka distilled and bottled with the area’s famous artesian water. The vodka is hitting shelves in stores around the PNW this year. For more information about Olympia please visit https://theoriginalolympia.com or follow on socials @theoriginalolympia

Pabst, America’s largest privately held brewing company has been American-owned and operated since its founding in Milwaukee in 1844. Pabst engages and supports individuals and entities that are passionate about forging their own path in life through unconventional means and against all odds. Pabst’s portfolio includes iconic brands with deep ties to America’s heritage, such as its flagship Pabst Blue Ribbon. For more information about Pabst, please visit www.pabstbrewingco.com.