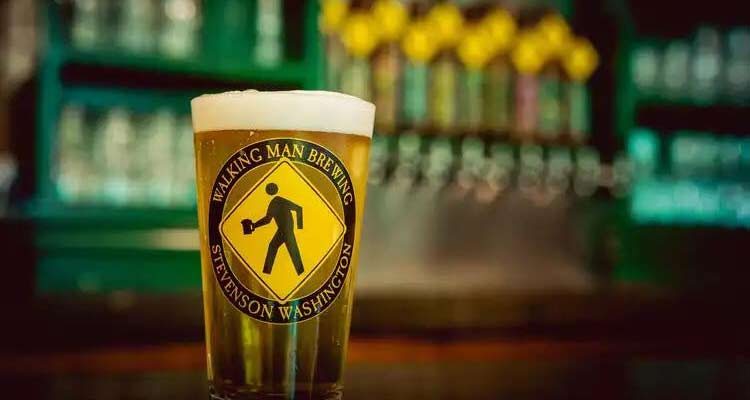 In Honor Of the 50th Anniversary of the Moon Landing, Walking Man Brewing is Releasing Two Beers That Are Out of This World

Walking Man Brewing is excited to announce that it will be releasing two new beers on July 20, 2019 in honor of the 50th anniversary of the Apollo 11 Moon Landing. Due to the limited production of both beers, you’ll want to come and try them before they are gone.

Such a memorable event deserves a memorable beer! Both craft beers were brewed with Galaxy, Comet and Apollo hops. Read the complete Brewmaster descriptions below:

One Small Step India Session Ale (ISA)
4.2% ABV
50 IBU
A small beer with enough flavor to send you to the moon! This India Session Ale was brewed using the hop burst technique where all of the hops go in after the boil, over accentuating hop flavor and aroma over bitterness. 100% hopped with Galaxy, Comet, and Apollo hops not only pay homage to the brave Americans who won the race to the moon but taste amazing in these pair of beers.

One Giant Leap Imperial IPA
9.2% ABV
90 IBU
This giant IPA is brewed in the traditional NW IPA style that helped to define the Pacific Northwest as the IPA capital of the world. Big, full malty body is accentuated by a hefty dosing of Galaxy, Apollo, and Comet hops and has a classic IPA bitter finish. It also packs enough of a punch to fuel your own mission to space.