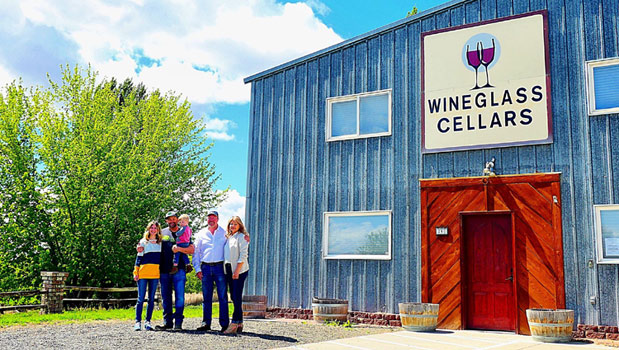 It’s not all doom and gloom. There is some good news out there in the pandemic-effected beer world. Case in point, Yakima’s Wandering Hop Brewery is growing. The brewery just announced that it is opening a second location in the town of Zillah, Washington, which is about 20 minutes south of Yakima. The exact opening date is to be determined.

“We wanted to spread a little cheer and deliver some good news,” says Nathan Cooper, owner/brewer at Wandering Hop Brewery. “We purchased a second location to increase production and have a family-friendly taproom in Zillah, WA. The property we bought was originally Wineglass Cellars winery, which we had all enjoyed in the past. Nothing will change with our original North 20th Ave location in Yakima.”

“We want to thank everyone for the continued support since we opened our first taproom nearly three years ago,” the company said on Facebook. “We’re extremely excited to see the craft beer scene continue to grow in the Yakima Valley and we’re very proud to be a part of it. Over the next few months, we will update you with our progress on the second location, which we are referring to as Wanderland.”

Noting that the timing could be better, Nathan says, “We have been stepping over ourselves in a small Brewhouse for nearly 3 years and the time had come to grow and this spot was perfect.”