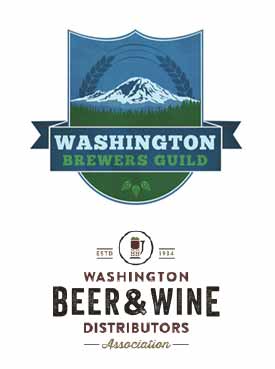 Today is day 15 of the 2015 regular session of the Washington State Legislature. It is also the Washington Beer Alliance’s hill climb day. Members of the state’s beer industry are in Olympia visiting with elected officials today, voicing their opinions, and drumming-up support for the issues that impact the beer industry.

This is a budget year, which mean our representatives in Olympia will create the state’s budget for the next two fiscal years (Washington operates on a biennial budget). How our legislators decide to spend the state’s money rarely captures much attention; how they decide to gather the state’s money is always the bigger story. What new taxes will they create, what taxes will they increase, and so on. There are other issues on the table unrelated to the budget, but taxes capture most of the attention.

In the coming weeks, this blog will keep you advised of the issues that impact breweries and beer consumers; the tax issues and other issues. For now, here is some information about the Washington Beer Alliance and its priorities for 2015.

Who We Are
Washington beer distributors and craft brewers are united in bringing consumers quality and value, while growing the beer industry in our state. We have joined together in 2015 with a joint legislative agenda to advance these important goals.

Washington Brewers Guild is a statewide organization committed to building a community of brewers and advancing their common interests. The Guild educates about the high quality of beer brewed in the Evergreen State, while fostering a balanced view of the benefits of responsible consumption and the dangers of abuse. The Guild is committed to educating legislators on taxation and other matters affecting the brewers’ livelihoods.

Since 1934, the Washington Beer & Wine Distributors Association (WBWDA) has supported the people who deliver beer and wine to your favorite restaurant, bar, or retailer. WBWDA is committed to pursuing a mission of choice, quality, and responsibility in the enjoyment of beer and wine by ensuring the independence of producers, distributors, and retailers through the three-tier system.

• SUPPORT THE THREE-TIER SYSTEM FOR ALCOHOL BEVERAGE REGULATION
The three-tier system ensures independent brewers, distributors and retailers all get fair access to the market. It prevents big players from dominating the sale and the distribution of beer. It preserves local jobs at distributors, service for retailers of all sizes, and helps craft brewers grow by placing more individual brands of craft beer in restaurants and stores.

• SUPPORT THE SALE OF BEER IN GROWLERS
Consumers are embracing the purchase of beer in growlers. Some retailers can sell growlers, others cannot. Groups have worked with the LCB to develop a first step to allow grocers to join other retailers and sell beer in growlers on a trial basis, with appropriate regulations that protect the quality of beer and

• SUPPORT ALLOWING 18-20 YEAR OLDS TO MERCHANDISE: Distributor employees stock shelves in most retailers. The law allows 18-20 year olds to sell liquor in stores & restaurants as well as to handle it in warehouses. However, the law does not allow 18-20 year olds to stock shelves at retailers. The bill will eliminate this limitation and provide more opportunities for younger workers.

• OPPOSE GIVING AWAY FREE SERVICES AND GIFTS FOR LIQUOR SAMPLING: Some big retailers and suppliers want to allow “give-aways” of services or goods at liquor tastings. This allows big players to get special treatment and unduly influences the decisions of what products are offered to consumers.

• OPPOSE ELIMINATING 17% FEE ON RETAIL-RETAIL SPIRITS SALES: Distributors opposed I-1183 because it fractured the three-tier system for spirits & wine sales and placed many smaller retailers and suppliers at a disadvantage. Removing the fee charged by some large retailers converts them into distributors without licenses or paying the fair share of their distributor fee.

• SUPPORT: GIVING BRANDED ITEMS TO CHARITY: Brewers support their community and are often asked to contribute to charities. Brewers would like to be able to give logoed items, like t-shirts and hats, to charities when requested.

• SUPPORT: ALLOWING BREWERIES TO SELL BEER & CIDER BY THE GLASS AT THEIR TASTING ROOMS: At their tasting rooms, craft brewers can sell a limited amount of beer brewed by other breweries. Craft brewers would also like to accommodate those visitors with gluten intolerances by offering limited amounts of wine and cider.