Weathered Souls Brewing of San Antonio, Texas is currently spearheading the Black is Beautiful initiative, a new nationwide collaborative beer effort. To date, over 600 breweries are involved (as of June 15). The official website is having trouble keeping up with all the breweries getting on board. The list currently includes some Washington breweries (listed below). Likely, more breweries will hop aboard. Breweries can contact me and I’ll add you to the list.

Weathered Souls is one of just a handful of black-owned breweries in America. The goal of the Black is Beautiful initiative is to bring awareness to the injustices that many people of color face daily. One of the stated missions is to show that the brewing community is an inclusive place for people of any color. 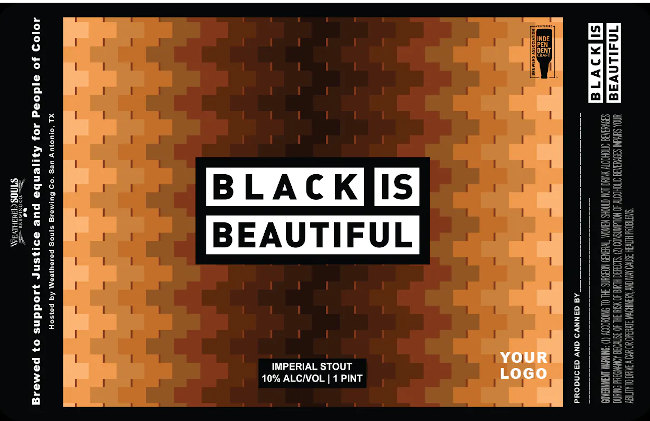 “As someone who has personally dealt with the abuse of power by the police, this recent turmoil the country is facing has hit home for me,” says Weathered Souls co-founder and head brewer Marcus J. Baskerville. “As I write this, I contemplate how the country can move forward, how we as the people, can create change, and what it will take for everyone to move forward with a common respect for one another. For us, we feel that this is our contribution to a step.”

Breweries can sign up on the Black is Beautiful website and get access to the recipe (an imperial stout), label artwork, and more information. Brewers are invited to add their own creative touches to the base recipe. Weathered Souls Brewing is asking that participating breweries donate 100 percent of the beer’s proceeds to local foundations that support police brutality reforms and legal defenses for those who’ve been wronged. Participants are also asked to commit to the long-term work of fostering equality.

Beer enthusiasts can support the effort by finding the beer and drinking it. Also, by encouraging their favorite breweries to get involved. To help spread the word, use the hashtag #BlackIsBeautifulBeer.

Updated June 15. Please contact us if there are others to add.