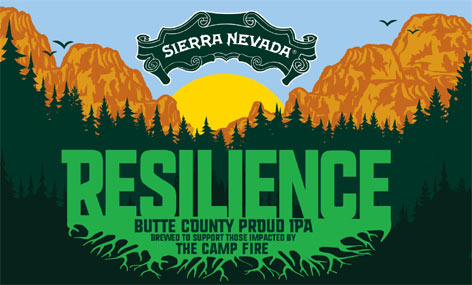 Over 1,000 breweries across the nation have stepped up to brew a Camp Fire relief beer

The response from Sierra Nevada Brewing was swift and immediate. Considering how close the fire came to the brewery, I suppose that’s not surprising. It was their community, neighbors and friends who lost everything. We recently reported about how the brewery was stepping up to spearhead an initiative to raise funds to benefit victims of the Camp Fire, putting a call out to breweries across the nation to brew a beer and donate proceeds to the cause. Sierra Nevada even shared the recipe for its Resilience Butte County Proud IPA.

Well, the response has been remarkable. To date, over 1,000 breweries have answered the call. The list includes many Washington breweries, which I’ve listed below. Along with all the breweries, hop and grain suppliers have stepped up to help the fundraising effort.

No doubt I’ve missed some supporters. No doubt more have signed on since I published this. If you know of a brewery brewing a beer to support this fundraising initiative, please let me know and/or share the info in the comments below. In the meantime, look for beers from these breweries around Washington in the coming weeks. Not exactly alphabetical, sorry.