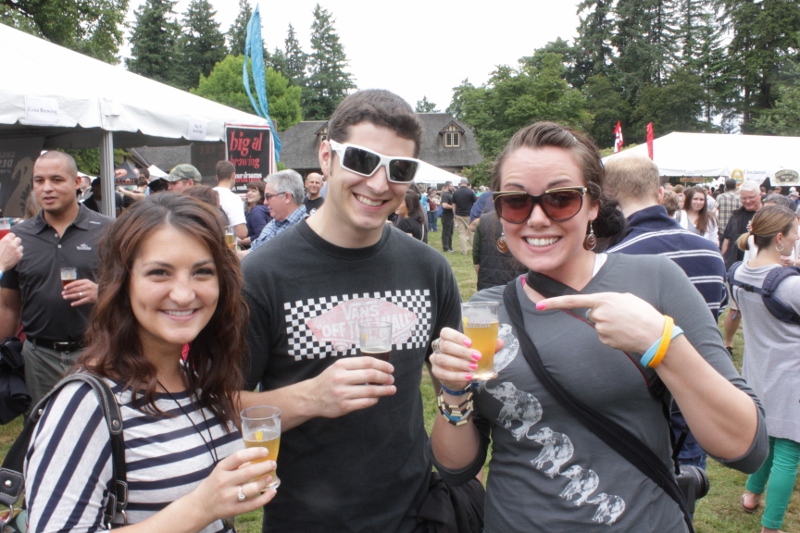 The 2012 version of the Washington Brewers Festival is now in the books. I have included photos below. Considering this was the first year at the new venue (Marymoor Park), I’d say the event was a raging success. I was there from start to finish, Friday through Sunday.

A bit of rain late Saturday afternoon failed to dampen the mood. At least it was warm. The weather was about as good as we should expect in June. This is the Washington Brewers Festival, after all.

The addition of a couple of Seattle’s better food trucks (Skillet Street Food and Lumpia World) were a welcome addition to the food scene. The line for Skillet was impressive all weekend. They must have sold thousands of hamburgers. People were drawn like flies by the delicious smoke billowing off of the grill and wafting across the festival grounds. 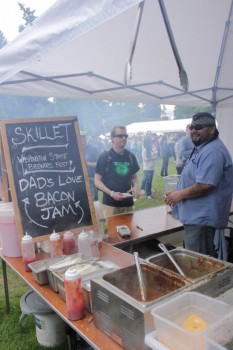 Some people questioned the move to Marymoor Park. For the most part, the critics were silenced. The new location offered many of the same advantages as Saint Edward State Park: grass, trees, and fresh air. Unless I am mistaken, the new venue offered more space. I talked to a lot of people over the course of three days (probably hundreds) and exactly one person told me that they preferred the old location. She happens to live much closer to Saint Edward State Park, though she failed to admit that it influenced her opinion.

There have been other grumblings about the new location but there is no way to host a festival of this size without rubbing some people the wrong way. Just about every event I have ever been to in my life could have been better in some way. You have to be realistic about these things and try to understand the immense number of considerations. Perhaps the best thing, Marymoor provides room for growth.

The new location offers greater visibility and better access. I talked to more than one person who did not know about the festival until they just happened to stumble upon it. That probably did not happen too often at the previous location. 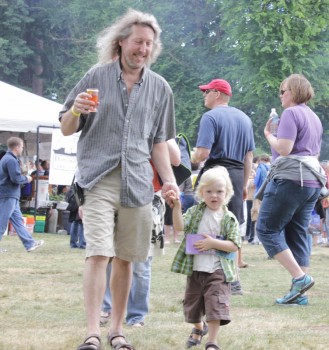 Because of another large event taking place at the park on Sunday, the traffic getting into the festival was a bit challenging. Yes, that is unfortunate, but it is extremely easy to walk or bike to the event along the Sammamish River Trail. Heck, you could even paddle up the river in a canoe. Remember, it was never exactly easy to get into or out of Saint Edward State Park.

On Sunday some people were bothered that certain items were sold-out. Particularly the larger, WABL glasses. Chalk it up to growing pains: this was the largest Washington Brewers Festival ever. At least one brewery ran out of beer on Saturday and was missing in action on Sunday. Do that math. There was something like 17,000 people at the event this year.

I would be remiss if I failed to mention the slightly challenging terrain. Although it was grassy, the ground at the new venue in noticeably uneven. Apparently it has been decimated by moles. This makes navigating much of the festival grounds difficult for people with mobility issues. Especially difficult to move yourself in a wheelchair. For most people it was not a problem at all, but it is certainly something that will need to be considered. Next year, maybe the festival organizers (or the Washington Beer Blog) will provide a complimentary Beer Sherpa service for festivalgoers with wheels.

If a bumpy lawn is the only problem, I’d say we are doing pretty well. We will find a way to deal with that.

Congratulations to the Washington Beer Commission. I think you knocked it out of the park.