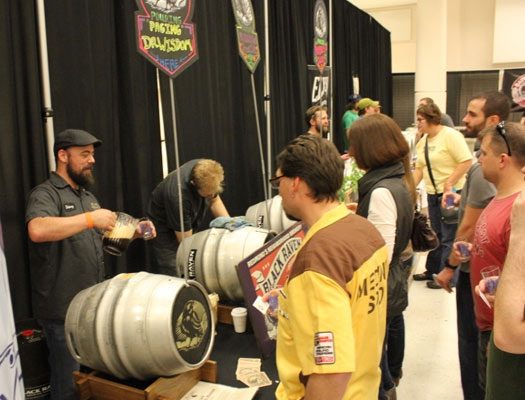 Over 40 breweries will participate in this year’s Washington Cask Beer Festival, the state’s largest festival dedicated to cask-conditioned beer. The event takes place on Saturday, March 25th at Seattle Center. There are two sessions (afternoon and evening) and they both usually sell out. Tickets are on sale now.

Washington Cask Beer Festival is presented by the Washington Brewers Guild and all proceeds from the event benefit that organization. The Guild’s mission is to support, unite and protect Washington craft brewers through legislative advocacy, education and brewer community building.

TICKETS
$40 advance/$45 at the door if still available
Admission includes a commemorative tasting glass and 15 4-oz tastes.
Designated driver admission is $5 and available at the door only.
Tickets are non-refundable.
21 and over only. No dogs.