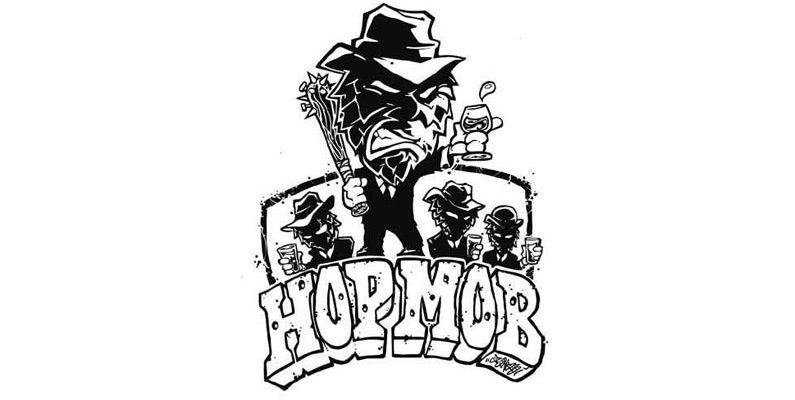 This early distant warning is for the benefit of breweries and bars that might be interested in participating and need to plan accordingly. For all you beer lovers, I know you rarely make plans this far in advance. I know that I typically don’t. It might still be a good idea to note the dates of Hop Mob 2020 — February 6 thru 16, 2020.

The Washington Hop Mob Roadshow returns in February 2020 with one slight change to the program. Hop Mob will no longer focus exclusively on Triple IPA as it has in the past. Instead, the series of events will showcase beers of any style that express exceptional hop character and meet specific criteria (outlined below). Also below, information about how breweries and bars can get involved.

We are hoping that the 2020 Hop Mob Roadshow will include at least a dozen events across the state. Each of these events will feature a selection of Hop Mob beers.

What is a Hop Mob Beer?

How to Get Involved in Hop Mob

Note that things are just now coming together, but we know that the breweries and bars need to make plans a couple months in advance. If you want to be involved in Washington Hop Mob 2020, it is time to tell us.

What is a Hop Mob Roadshow Event?

By definition, Hop Mob Roadshow event features at least eight Hop Mob beers on tap and provides a reasonable way for people to sample multiple beers. Like taster flights or four-ounce pours, for instance. Beyond that, it’s up to you. We do not require brewers to be present at your event (it’s not a “brewers night” event). We do not guarantee breweries that you will order their beer; what beers you feature at your event is up to you as long as they are Hop Mob beers. We help promote all of the events using the power of the Washington Beer Blog, washingtonbeer.com, WABL, and all of our social media channels.

Why Change? What Happened to the Triple IPA?

We listened to a lot of feedback from our participating breweries and bars. Simply put, Triple IPA is a hard sell. It is difficult and expensive to brew, which means it is difficult for breweries to sell because it is a spendy keg for your local pub to buy. On top of that, it is hard for pubs to sell Triple IPA to consumers. Given the new format, there’s nothing to stop brewery from creating a Triple IPA should it so choose.

Over the past couple of years, fewer and fewer breweries and bars wanted to participate in Hop Mob because of the Triple IPA criterion. Instead of seeing Hop Mob die, we decided to change things up and take it in this new direction. We will still differentiate ourselves because of the beers’ criteria.

Although IPA and other hop-forward beers are omnipresent on the Washington beer scene, the 50 IBU requirement will set these beers apart. As IPA has grown in popularity, it seems they’ve lost their bitterness, especially beers in the Hazy/Juicy IPA category. Our decision to require hop mob beers to feature at least 50 IBU (International Bitterness Units) will differentiate these beers from the crowd.

At the brewer’s discretion, these beers may be juicy, fruity, piney, resinous, citrusy and floral, but they will also boast at least 50 IBUs. Whatever the brewer thinks is a “complete expression of hop character.”

Originally, Hop Mob was our response to the hysteria surrounding the annual release of Pliny the Younger, the ballyhooed Triple IPA from Russian River Brewing. We wanted to show that Washington brewers could create Triple IPAs that compete with that legendary beer. Although there is still plenty of hoopla surrounding Pliny the Younger’s release each February, the whole thing feels very dated now. Time to move on.