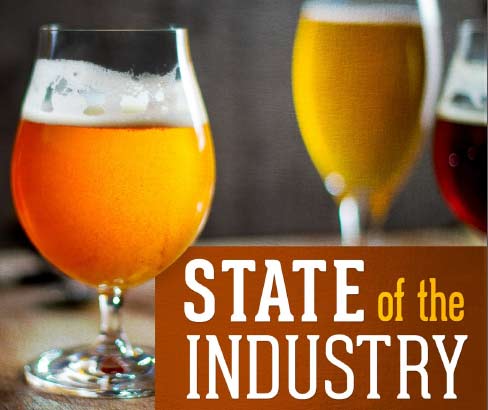 I promise, I’m going to blow your mind. You are not going to believe this.

About a month ago I posted a story about the state of craft beer (read it). It was based on the preliminary reports from 2014. On the heels of last week’s Craft Brewers Conference, and the big State of the Industry presentation by the Brewers Association, I have more information to share. One stat in particular is mind-blowing.

Last year Washington saw more craft breweries open than any other state: 83 new breweries opened in Washington during 2014. BOOM! Read that again slowly. (Washington had 83, New York 67, California 59, Colorado 55, and so on.) Not that I don’t trust the Brewers Association’s numbers, but I’ll get to work on a list of the most recent brewery openings in Washington and keep you posted. I’m a bit flummoxed by the number 83.

Admittedly, I’m a bit more of a geek about this kind of stuff than many people, but to me this is like reading the box score after a big Mariners victory. In 2014, we won in terms of new brewery openings.

By year’s end there were 3,418 total craft breweries in the USA, comprised of 1,871 microbreweries, 1,412 brewpubs, and 135 regional breweries. Last year 615 new breweries opened and 46 closed. There are currently 2,051 breweries in planning.

It’s About the IPA

Craft beer grew on all fronts, but nothing grew more than session beers. As we reported previously, the Session IPA grew a remarkable 323 percent last year.

Kveik Yeah! 8 South Seattle breweries releasing "isolation collaboration" beers
Is that Tony Hawk drinking a beer from Seapine Brewing?
Hellbent Brewing and Metier Brewing team up with others to create Say It Loud: Stout and Proud