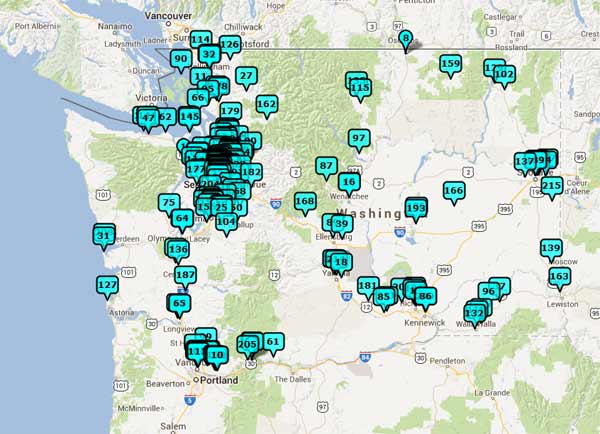 According to the Washington State Liquor Control Board, there are 244 breweries in Washington, but that list includes breweries which have not yet begun to brew, never have brewed, or never will brew. It also includes businesses that produce kombucha, which is brewed but is not beer. My list, on the other hand, only includes those businesses that actually produce beer. Some of them may produce a very small amount of beer, but they’re licensed and pay taxes on what they brew.

Where Does Washington Rank?

Craft beer is no longer our little secret. We’ve been drinking the stuff and supporting our local craft beer industry for more than 30 years. The nation is finally waking up and joining the party, but nowhere in America is the proliferation of craft beer more evident than right here in Washington. We are still leaders.

Check out our Washington Breweries and Brewpubs page.

Have I missed anyone? Here are the recent additions: