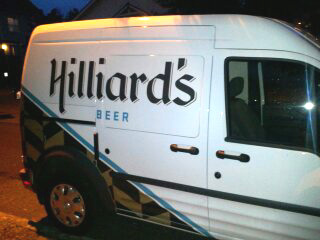 By our reckoning, there are now 153 breweries in Washington. (See our list of Washington Breweries and Brewpubs.) That statement comes with all the usual caveats and disclaimers. The number is based on the Washington State Liquor Control Board’s official list of Licensed Microbreweries and is then adjusted using our own less-than-scientific method of calculation. An establishment which holds a microbrewery license doesn’t necessarily brew. When we can confirm that a licensed brewery is not actually brewing beer, we exclude it from the list. Suffice it to say that in order to brew legally you need more than a license from the state.

Along with the news that we have “officially” exceeded 150 breweries, here are some other notes.

Mt. Tabor Brewing in Vancouver, is readying a space just around the corner from the venerable Salmon Creek Brewery. According to their Facebook page, they’re getting very close to opening. As we understand it, Mt. Tabor is now brewing and the beer is sneaking its way into the local market.

Columbia Valley Brewing is now open in Wenatchee, serving beer from a lovely location along the Columbia River. Truth is, they’ve been open for a while now. Friends on the ground in the Little Apple tell me that CVB has a great location and serves solid beers. The man behind the curtain is Joe Nestor, who previously owned and operated Cashmere Brewing just a few clicks up the Wenatchee River from the new brewery.

Don’t be confused. There is only one brewery on Orcas Island and it is called Island Hoppin Brewery. Previously, for a short time, it was licensed as Orcas Island Brewing. That’s all we know for sure.

In Monroe, Twin Rivers Brewing (Sailfish Grill) has changed ownership and is now open as Adam’s Northwest Bistro and Brewery. The new owner, Adam Hoffman, previously cooked at Rover’s in Seattle. For those who don’t know, that means he’s got some serious chops when it comes to cooking. Reviews of the beer and the food have been overwhelmingly good.

Hilliard’s Beer, the latest addition to the Ballard brewing scene, is now licensed. No word on the availability of the beer yet. Perhaps you’ve seen their snazzy fan rolling around Seattle. I know they’re close. **Update** Don Webb from Naked City just posted a comment on Facebook: “Ryan Hilliard and Adam Merkl just came by Naked City with a sample of their Saison. Great stuff! We’re taking delivery of a keg tomorrow and should have it on tap at NC very soon!”

In a couple weeks we are hoping to stop by Parkers Steakhouse in Longview. They’ve been licensed to brew for a while but we understand that they are now pouring their own beer.

Since we last talked about new breweries, Republic Brewing Company opened its doors in Republic, Washington, which is in the most remote part of the state, at least for us Seattle folk. Can you say, “road trip!”

In Lacey, Termini Brewing is not brewing beer although they are licensed to do so. When I say licensed, I’m talking about the state. There’s more to it than getting a microbrewer’s license from the state – a lot more. Anyway, Termini is a Italian Restaurant with a surprising selection of craft beer. Our friend and fellow blogger, Brew Dad, tells us that it seems Termini has no clear plan to get brewing any time soon.

Two Sisters Brewery in Benton City is now licensed and has three labels. That is pretty much all we know. This is a bit bothersome to Kim and I. We just drove right past it last weekend and didn’t know it was there. You snooze, you lose.

What do you know?

So what do you know? Have we missed any? Leave a comment and share what you know.