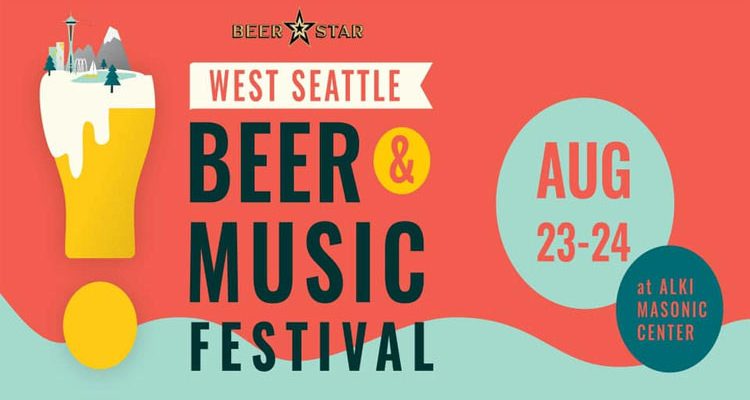 The West Seattle Beer and Music Festival returns to the Alki Masonic Hall for a second year. The event takes place on Friday, August 23 and Saturday, August 24 in the parking lot outside the hall, so you can soak up the summer sun as you groove to the music and enjoy the beers, poured by an impressive lineup of breweries. 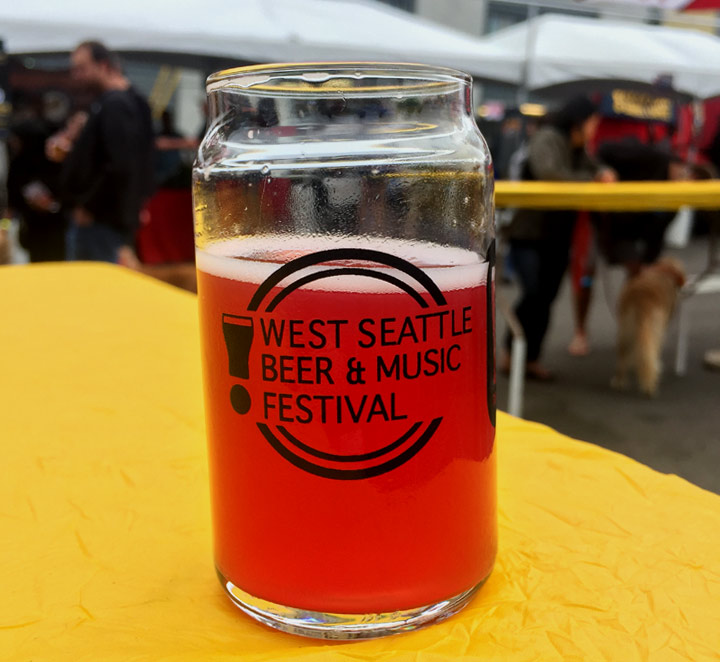 According to the event website, “Our goal is to celebrate craft beers, creative spirits, awesome food, and groovy music while creating a unique experience for both the brewers, distillers and attendees alike while raising dollars and awareness for an important charity, West Seattle Food Bank.”

The beer lineup includes 20-plus breweries from near and far (complete list below). Local, familiar favorites like Fremont Brewing, Reuben’s Brews, and Urban Family Brewing as well as lesser-known regional breweries like Camp Colvos Brewing (Vashon Island), Garden Path Fermentation Project (Burlington), and Dwinell Country Ales (Goldendale, WA). A couple of hyper-local West Seattle homers will be there, too: Future Primitive Brewing and Best of Hands Barrelhouse. Add to that some revered, recognizable producers from across the country, like Brewery Ommegang, North Coast Brewing, and The Lost Abbey, and everyone is sure to find something, or a lot of things, they’ll like.

There are several different ticket options for this event, so study the ticket website to see what’s available. BUY TICKETS

The Alki Masonic Hall is located at 4736 40th Ave SW, Seattle. (MAP.) Route 21, route 50, and Rapid Ride C Line will get you within easy walking distance of the event.

You can find the schedule on the event website.