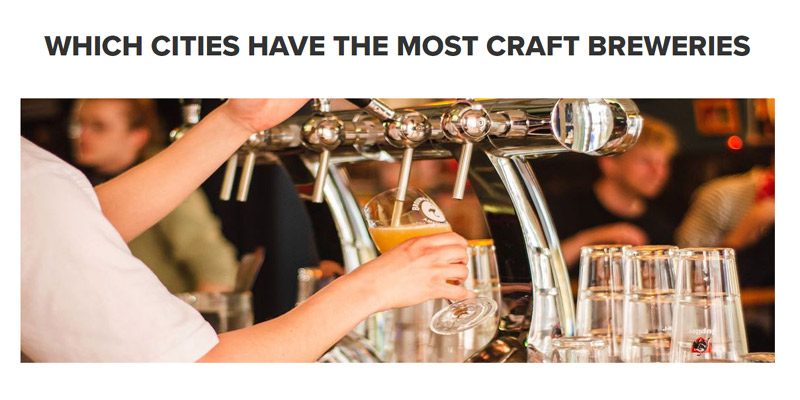 The folks at C+R Research recently compiled a list of the cities with the most breweries per capita. Seattle is home to about 60 breweries. That’s a lot for one city. Still, Seattle did not make this list. While Seattle has a lot of breweries, it also a lot of people. The study measured more than 500 cities in the United States with more than 50,000 people. The ranking is based on the number of breweries per 50,000 people.

Understandably, it isn’t easy for a large city to make this list. In the end, only four cities with populations larger than 250,000 made the list: Denver, Madison, Portland (OR), and Cincinnati.

Portland, Maine, which is at the top of the list, has 18 breweries per 50,000 people. To get an idea of that city’s density of breweries, consider this: Bothell, Burien, and Olympia are examples of cities in Washington with a population of about 50,000. Imagine one of those cities having 18 breweries. Ballard, of course, blows all of this out of the water, with a dozen breweries and 24,000 people, the equivalent of nearly 24 breweries per 50,000 people. Alas, Ballard is not a city and is too small for consideration in this study regardless.