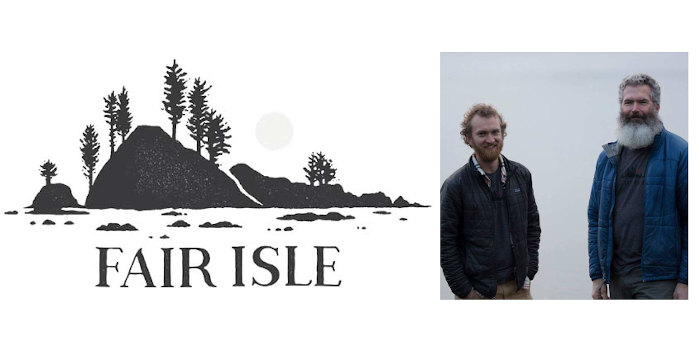 Lots of breweries have found ways to adapt to our pandemic-affected world, adjusting and changing the way they’d always done business to meet the new, unprecedented challenges the situation presented. For Fair Isle Brewing in Seattle, which opened just weeks before the world flipped upside-down, the survival plan included Tavour, the local company that specializes in shipping craft beer nationwide. The state’s mandates caused Fair Isle to shut down its taproom, but they continued to sell beer to-go, and however else they could, like selling it via Tavour.

While folks around Seattle were just getting used to the carefully crafted wild ales created by Fair Isle, the pandemic exposed a nationwide audience to the brewery’s offerings. Here’s a story that Tavour provided about its relationship with Fair Isle Brewing.

(Story by Tavour) Fair Isle Brewing — the first dedicated Wild Ale brewery in Seattle — opened its doors at the end of January. And on March 15th, COVID-19 closed them again.

That’s a setback that would spell the end for many small businesses, but for Fair Isle founders Geoffery Barker and Andrew Pogue, it just meant they had to get creative!

They immediately pivoted to an online model for local sales when the quarantine hit, making them one of the first breweries to do so. Now, they’ve partnered with online retailer Tavour, to give craft beer fans across the country access to their highly anticipated brews.

And Wild Ale aficionados are set to jump on the opportunity. Many had been waiting to try a Fair Isle brew ever since the brewery released a beer in collaboration with the famed Wild and Sour Ale specialists at Austin, Texas’ Jester King more than two years ago! But, they were forced to wait while Barker and Pogue patiently crafted their own stable of Ales for their grand opening.

That’s the tricky thing about Wild Ales. They take a long time because the beers have to ferment and condition for months or years before they’re bottled. Barker and Pogue invested thousands of hours and even more cash in the Fair Isle venture before a single bottle was ready to sell.

In their Tove Saison, the brewers pair their Saison-style base beer with local blackberries to create a brew that’s tangy, fruity, and just a little tart. In their Madame R. Galle, the tart and slightly funky nuances of their yeast culture mingle with gentle, malty notes from Washington-grown grains.

Both are already a hit with Wild Ale fans in Seattle, with high ratings on beer review sites like Untappd. And folks who haven’t had a taste are already looking to Tavour for a chance at a bottle.

After years of planning, thousands of hours of work, and countless delays, Fair Isle easily could have met an early end when COVID-19 hit. But, thanks to their impressive flexibility, partnership with Tavour, and an outpouring of support from Wild Ale fans, they’ve done more than just survive the quarantine. They have thrived!