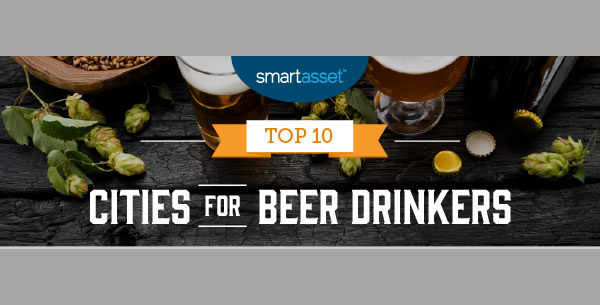 Another “best of beer” list. Another snub for Seattle. According to this recent list from SmartAsset.com, Seattle is the 19th Best City for Beer Drinkers. Don’t blow a gasket. This not an opinion piece. The rankings were not arbitrary or subjective.

There are over 60 breweries within Seattle city limits. Most of those have taprooms or pubs where you can enjoy a fresh beer at the source. Even at dive bars and bro-approved sports bars, you are just as likely to find a locally brewed IPA as you are a Bud Light. One of Seattle’s neighborhoods, Ballard, has a higher density of breweries than any other neighborhood in the country, or the world for that matter. Not a scientific fact, but I sincerely challenge you to prove me wrong. 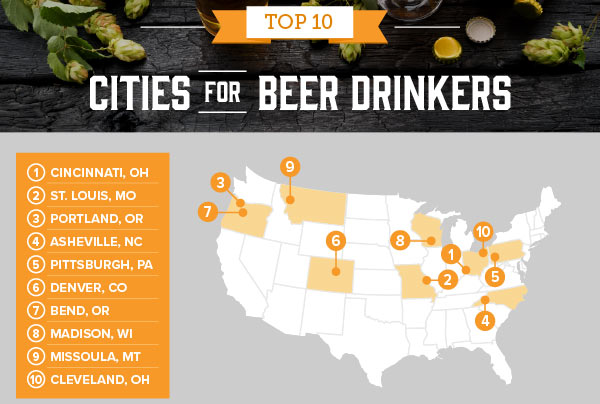 So yeah, Seattle is a great beer city, with a better-than-most-towns focus on craft beer. Still, Seattle did not rank very high on the list of Best Cities for Beer Drinkers according to the just-released report from SmartAsset.

Seattle failed to make the top ten and barely made the top 20. SmartAsset is not a beer-focused organization or publication. It is a financial technology company that studies stuff like this to “help people make smart personal finance decisions around home buying, retirement, taxes and more.” I guess that means they approach this study without preconceptions or biases.

Lists like these are fun to talk about, to pick apart, to complain about, to brag about, but ultimately they don’t mean much of anything. Consider it a diversion from things that actually do matter.

I share the bigger list of Best Beer Cities below. Oddly, I am okay with the city that I call home NOT making the top ten on this list. Why? Allow me to tell you.

For this study, SmartAsset considered the following data points:

Total Number of Breweries and Breweries Per Capita

Seattle scored pretty well with 66. Only four cities in the top 50 have more breweries than Seattle: Chicago, San Diego, Denver, and Portland.

Chicago is a huge city and loves beer, which explains why they support 90 breweries.

San Diego, with its 72 breweries, is about twice the size of Seattle in terms of population, yet only has a few more breweries. Like Seattle, it is surrounded by other, large communities with plenty of beer. At last year’s Great American Beer Festival, only two states—California and Colorado—won more medals than San Diego County won on its own (18). No one can dispute that it’s a great beer town, so the fact that it placed 46th immediately calls the validity of the list into question.

Denver (79 breweries) and Portland (69 breweries) have more breweries than Seattle, but they are distinctly different kinds of cities than Seattle, which is the heart of a metroplex that includes other sizeable cities like Tacoma, Bellevue, and Everett. Did you know that Seattle is surrounded by six cities that each have a population over 100,000? In other words, Portland may have more breweries within the city limits, but Seattle has a lot, lot more in the greater metroplex. I am not saying that is good or bad, better or worse, so before you freak out and get your barley in a bunch remember that I said “distinctly different” not better or worse.

Average Number of Beers Per Brewery

SmartAssets used RateBeer.com as the data source for this one. I don’t know how accurate that makes the numbers, but who cares. I’m not sure why the “average number of beers per brewery” matters.  I think a better data point would have been the number of GABF medals won by breweries in each city.

Average Number of Bars Per Capita

Have you ever been to Ketchikan, Alaska? I think that town has about 10 bars for every 11 people. At least it seems that way. It is hardly a great beer destination. I don’t know why “Number of Bars” is part of this study. Unless those bars are all committed to serving great beer, what’s the point?

Average Price for a Pint

Yeah, Seattle is an expensive place. Sorry about that. The price of beer reflects the health of the local economy, right? I mean, if Seattle was a city where more people made less money, then beer would be cheaper. Housing prices are higher than the national average. So are wages. I don’t think people around Seattle should be so quick to complain that Seattle is a boomtown. I could be something else. I could be a withering wasteland with jobs and entire industries disappearing. Yes, everyone in Seattle wishes that a pint of beer was cheaper. I also wish a Tesla was cheaper. Perhaps this study could have looked at the price of a pint of beer compared to the average wage of local residents.

What is Your Opinion?

Is Seattle a great beer town or not? Do the things that SmartAssets considered really matter when making such a determination? However I feel about Seattle’s place on this list (19th), I think the fact that San Diego ranked 46th is even more absurd.