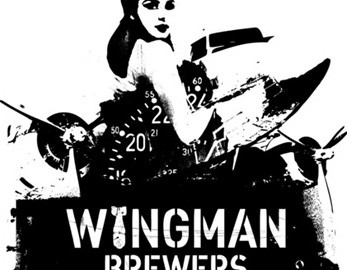 Here’s a press release from Wingman Brewers in Tacoma.

Tacoma natives Derrick Moyer, Ken Thoburn and Daniel Heath started Wingman Brewers with a commitment to making authentic, well-crafted ales. What started as a hobby is now an awardwinning microbrewery. Wingman’s founders support the community where they grew up by donating a portion of every sale to a local charitable organization.

Wanting an even deeper connection to artisan craft in Tacoma, Wingman Ken Thoburn contacted Mighty High, a group of his fellow classmates/musicians from the Tacoma School of the Arts. Together they developed a pale ale made with locally sourced barley and hops and named it Mighty HighPA.

The brewers and the band will tap the first keg of Mighty HighPA at the beer’s debut party on December 21 at Doyle’s Public House in Tacoma. Mighty High will perform at 10 p.m.