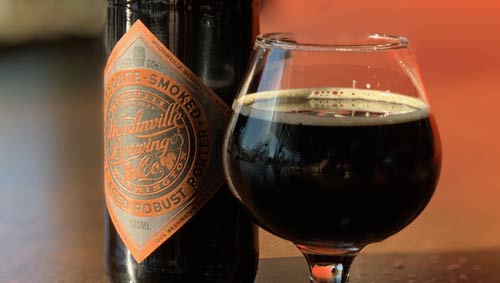 Woodinville Whiskey Company has its own beer brand, but let’s make one thing clear: they do not brew beer. Washington state law prohibits a licensed distillery from brewing beer. Likewise, a brewery cannot distill whiskey. Instead, Woodinville Brewing Company is set up to partner with a local brewery to produce beers designed to spend time aging in Woodinville Whiskey’s barrels. The company has owned the Woodinville Brewing brand for some time, but is now ready to release its first product. They hope to release at least two barrel-aged beers per year.

The first beer hits the streets this Friday, October 26th. In bringing all of this to life, Woodinville Brewing partnered with Geaux Brewing of Auburn, Washington.  It’s a licensing agreement, but in less formal terms it is also an uncommon, if not unique, partnership. 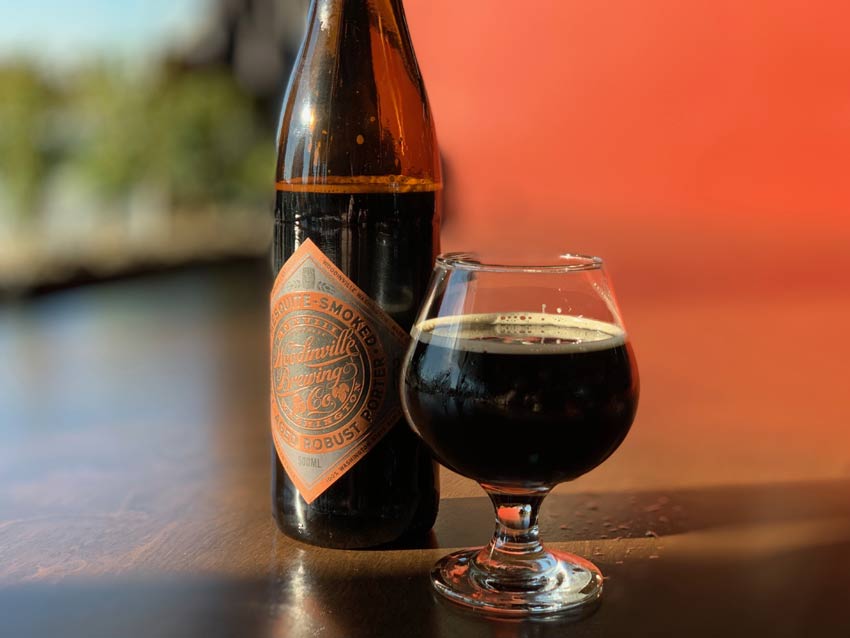 “Geaux has been using Woodinville Whiskey’s barrels for nearly all of its barrel-aged beers for some time now,” says Jeremy Hubbell of Geaux Brewing. “We’ve built a pretty good relationship with the folks there, so this ended up being a natural fit.”

“The first beer is a smoked imperial porter that was aged in their smaller bourbon barrels that were also used to age their awesome maple syrup. It has tons of nuanced flavors and aromas that can be enjoyed now, but it can definitely be cellared for years to come.”

Get the beer on tap and in 500-milliliter bottles starting this Friday, October 26 at Geaux Brewing in Auburn. You will also find it at local bottle shops and some better beer-focused bars in the area.

“Woodinville Whiskey’s liquor license prevents them from selling the beer in their tasting room but we hope to have it on draft at places nearby by the weekend. Hop and Hound in Bothell will have it, for instance.”