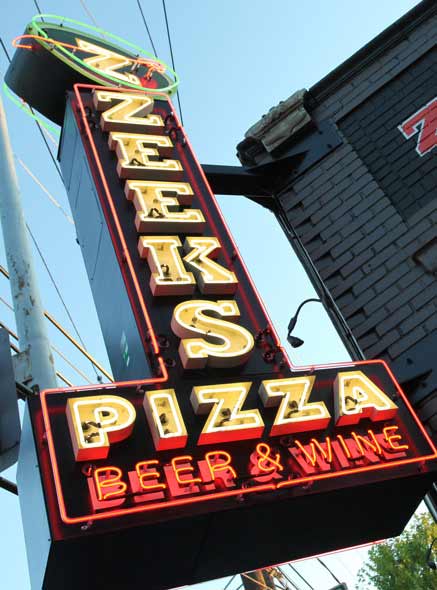 Zeeks Pizza is opening a new location in Lynnwood on Wednesday, July 15th and the beer list is impressive (shown below). For a town its size, Lynnwood is a little bit lacking in craft beer options. Beyond Special Brews (Highway 99) and Stogies ‘n Hops (164th), you won’t find a lot of beer lineups in Lynnwood that match what the new Zeeks location will offer on 196th Street, just east of Fred Meyer (address below).

For next Wednesday’s opening in Lynnwood, Zeeks has invited Fremont Brewing to the celebration and they’ll bring a firkin of their Summer Ale infused with mango and citra hops.

The local pizza chain is gaining a reputation for more than its tasty pizza these days. For example, earlier this year they partnered with Reuben’s Brews to create Hop Tropic, the Zeeks-only pale ale that brought home a silver medal from the North American Beer Awards.

A pizzeria is not typically a place where you’d expect to find a great tap list featuring a dozen options, but Zeeks is an example of how things are changing as craft beer continues to work its way into the mainstream. So cheers to Zeeks!

Oh, and the pizza is tasty too!