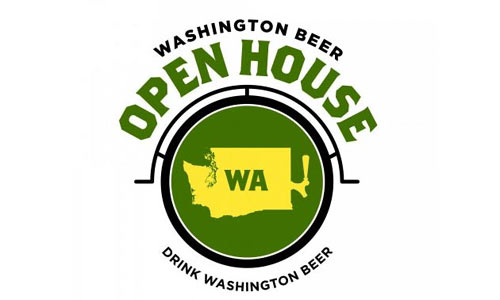 It’s a one-day, statewide celebration of the brewing industry. In fact, the Governor just proclaimed it Washington Beer Day. On Saturday, March 2nd, Washington Beer Open House sees scores of breweries across Washington offer something a little special. For some breweries, it’s about opening the brewhouse doors and offering brewery tours, for others its about special beer releases. Anything goes, from beer and food pairing menus to live music. Each brewery plans its own way to celebrate.

This year Washington Beer Open House takes place on Saturday, March 2nd. This marks the 9th consecutive year for the event. Visit the official site for more details and a listing of events.

Here are just a few examples of what Washington breweries have up their sleeves. Farther below, a list of all the participating breweries. Figure out which ones you want to visit and make a plan. You’ll have to do some research on your own to find out about each brewery’s plan. (Breweries, you are welcome to use our comments section to share info.)

Those are just a few of the events happening for Washinton Beer Open House. See more event listings here.

Top picks and another ticket giveaway for this Saturday's Belgian Fest in Seattle
Best of Hands Brewery & Barrelhouse, 1st anniversary releases and celebration March 6 thru 8
What are your plans for Saturday's Washington Beer Open House?